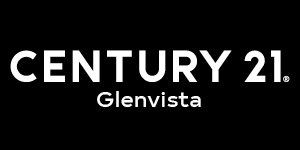 When it comes to beautiful areas like Bassonia, Glenanda, Mulbarton and Glenvista, properties are highly sought after. The region is collectively referred to as the New South of Johannesburg.

The average Bassonia home offers three or four bedrooms, two bathrooms, a double garage and a pool - buyers can expect a good purchase to be in the region of R2,5 million. For those with more opulent tastes, there are also palatial mansions to choose from with prices starting at about R10 million. Viewed by many as ‘the Sandton of the south', Bassonia has attracted the attention of affluent property buyers since it was first proclaimed a suburb in the 1980s. Today, it remains a firm favourite among young professionals but also holds allure for families with children because of its proximity to reputable schools such as Glenvista High.

Glenvista real estate offers great value for money, while the surrounding beauty of the area is appealing to anyone looking for a place to call home. Although properties in Bassonia and Glenvista cater for those in a high income bracket, the nearby areas have a wide variety of properties that are affordable for those looking for something a little less lavish. Beautiful Mulbarton, a reasonably new suburb, is an option nestled among the southern suburbs, bordering the breathtaking Klipriviersberg Nature Reserve. Other surrounding areas like Kibler Park, Alveda, Naturena, Mondeor, Meredale, Winchester Hills and Ridgeway offer properties that start at R500 000 and head into the range of R1.5 million. The gorgeous natural surroundings, easy access to all amenities and high and bi ways ensures a high interest in Glenvista property.

The benefits of these suburbs is that combined, they offer everything for any buyer - whether you're looking for an entry level R400 000 sectional title, freestanding unit or a sprawling mansion for R10 million. Limited smallholding and agricultural land is also available, and there are many new developments coming up with many pieces of land being earmarked for property.

Buyers and sellers can be assured that with our collective 55 years of experience in the industry and an expansive knowledge of the area, we will find them the Glenvista properties that meet their needs, amongst the most sought after properties in South Africa.

Mondeor property is located in the southern suburbs of Johannesburg and is in close proximity to the Southgate Shopping Centre. Mondeor is an excellent family area in part due to the fact that it contains four schools: Mondeor Primary, Dalmondeor, Mondeor High School and Hartford College. Sections of the Klipriviersberg Nature Reserve are also in the suburb of Mondeor.

Mondeor real estate is relatively secluded and offers a more private, quiet neighbourhood. The network of highways and byways, however, allow for easy travel to any of the major city centres or neighbouring suburbs. Mondeor is next to the suburb of Alberton which signals that start of the East Rand, and the N1 traverses its northern border.

Mondeor property South Africa form a well established community with many residents having lived there for decades. This gives the area a sense of stability and security as the world slows to a calmer pace, exactly what the doctor ordered after a full day or week of work. Much of the undeveloped land in the southern suburbs is in the process of being developed, which also means a stable increase in the value of property there and greater convenience for residents as stores and malls open up.

The Glen shopping centre is in close proximity, ensuring that you never have to concern yourself about getting that Saturday shopping fix. Also within close range are gorgeous golf courses, churches and a great deal more. Mondeor offers its residents a quiet, secure location which still grants access to all of the amenities that a person could want - for many this is the best of both worlds. The Rand Stadium close by and as the oldest soccer stadium in the city, it is certainly a highlight.

If the soccer isn't your thing then you're far from out of options as the Turffontein Racecourse is also within easy range and is host to the Summer Cup, one of the three major horse races in South Africa. Our Century 21 Mondeor property agents pride themselves on providing specialist service, which is passionately directed at serving our client's specific requirements.

Meyerton property has long been sought after as relaxing retreat from the pressured environment of city living. Although Meyerton has always been a popular getaway location over weekends, more and more people are looking at acquiring permanent residence within this, essentially, rural area.

Meyerton real estate lies 15 km north of Vereeniging in Gauteng, falling under the municipality of Midvaal and the district municipality of Sedibeng. Founded in 1891 due to interest in ‘Black Reef' (a vein of gold that ran through several farms based on the banks of the Klip River) the area actually only received municipal status in 1961.

Meyerton properties are generally valued for their proximity to excellent relaxation activities such as a variety of watersports. This is made possible by the closely situated Vaal Dam which generates more than 50% of South Africa's gross geographical product. The Klip River is another reason for the water sport enthusiasm in the area and activities include skiing, boating and many more. This has led to Meyerton being viewed as a great family suburb or holiday retreat.

Meyerton has several other main attractions in and around the area including the Marievale Bird Sanctuary which is a large floodplain situated north east of Suikerbosrand Nature Reserve. The location is a major attraction for bird lovers and a fantastic family adventure. As mentioned, the Suikerbosrand Nature Reserve is also in the vicinity and is well received by the public for its work in environmental education.

Meyerton generally enjoys warm weather in the summer and thunderstorms, accompanied by rainfall, during winter. It is also the home of the SABC shortwave broadcasting facilities based at Bloemendal. Partially due to the area being outside of central Gauteng connects, Meyerton property can be acquired for a lower price than one might expect - with three bedroom houses often going for under a million rand.