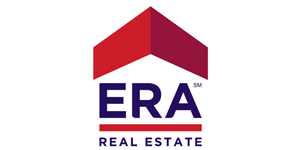 THE HISTORY AND DEVELOPMENT OF ERA

ERA began in the USA in 1972 and internationally in 1980 in Japan followed by Australia, New Zealand and Singapore in 1982. In 1984 ERA exceeded 2,000 offices world-wide and in 2001 exceeded 3,000 offices world-wide. ERA South Africa is a wholly owned South African Company which in January 1993, concluded a master licensing agreement with ERA Franchise Systems Inc. (6 Sylvan Way, Parsippany, NJ 07054, United States of America), trading as ERA Real Estate USA. ERA Inc. is presently represented in Austria,

Magazine in America in a report known as the “Franchise 500”. It has been included in the overall top 10 three times with other world leaders such as McDonalds, Subway Sandwiches, Kentucky Fried Chicken, Hardy’s and Jazzersize. ERA is the only Real Estate franchise, which has been ranked in the top 25 of all franchises every year for five consecutive years. In February 1998, ERA was purchased from Nedcor and in June 1999 became a subsidiary of Jigsaw Holdings Limited (Reg No. 87/00111/06). Jigsaw Holdings Limited is one of the largest real estate brand managers in South Africa with 4 major real estate brands in its stable which serves a large cross-section of buyers and sellers through more than 300 branded offices across the country. Jigsaw Holdings Limited is an investment holding and Management Company focused on real estate franchising, property management, housing development, training and related services.

The ERA Franchise System now includes more than 3 000 independently owned and operated brokerage offices with more than 40,000 Member Brokers and Sales Associates throughout the United States of America and globally in the abovementioned countries.

The following factors have ensured the continued success of ERA in South Africa and world-wide:

One of the largest international real estate groups with a professional corporate image; in South Africa part of the Jigsaw Holdings group. A track record of close on 40 years of success based on a proven system that guarantees results