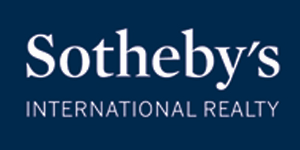 Since the founding of the Sotheby's Auction House in 1744, the Sotheby's name has earned renown as a marketer of the worlds most valuable and prestigious possessions. This reputation is built as much upon exceptional service to clients as on the notable luxury property such as art, antiques, jewellery and other holdings that pass through Sotheby's offices worldwide. The Sotheby's International Realty® organisation began in 1976, in part to serve clients desiring a complete package of estate disposition services, and soon became known for representing extraordinary property auctions and property sales throughout the world.

Although the affiliation to the Sotheby's International Realty® network began in July 2000, Lew and Sandy Geffen created the base of luxury property excellence when they opened their flagship office, Lew Geffen Estates, in 1982 in Johannesburg. Over the next 20 years the Company became a market leader in Johannesburg, with over 200 agents operating in 12 branches. Lew Geffen was inspired by one of his colleagues to investigate an association with Sotheby's International Realty® and became an Affiliate. The rest, as they say, is history.