Myths & Legends makes her a mysterious, but beautiful Village with less than 7500 residents still believing that they see God's thumbprint on her side.

Beautifully set in a valley against the backdrop of mountains, many trees, a number of interesting historic buildings and more gravel than tarred streets, Lady Grey is the jewel in the crown, one of the most scenic towns, in the Eastern Cape.

Tucked away in a valley below the majestic Witteberg mountains, Lady Grey is a hidden gem, a tranquil, rural village founded in 1858. Surrounded by soaring mountains, crisp clean air and gentle streams, a number of charming country cottages provide a cosy retreat for the weary traveller.

Wild trout and yellow fish are found in abundance in the streams and rivers in the area. Visitors wishing to fish here are advised to obtain a permit from the local fly fishing association, especially for fishing on private property, through which most of the streams flow.

The well-known Lady Grey Arts Academy is an exceptional combined Primary and Secondary school for pupils wanting to further their education in the performing and visual arts as well as in music. Regular shows, like the passion play during Easter, as well as Christmas plays are performed, and art exhibitions are being held by the school in Lady Grey.

3 ) SENQU MUNICIPALITY in Lady Grey is the 2nd best Municipality (2019) in South Africa. It had Clean Audits for 5 consecutive years and has accumulated

Come and see for yourself.....a stunning week away in the Mythical Mountains of Lady Grey, where snow surrounds you and where Nature grabs your soul ! 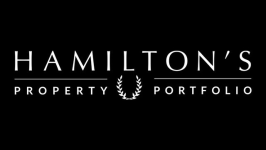 Monthly Repayment
R 0 Can I afford this?
Interest at 7.25% for 20 years
Apply for pre-approval Apply for a home loan
* The interest rate is by default set to the prime lending rate. Banking institutions may choose to lend to individuals at a rate above or below this prime rate.