Either expanding your farming enterprise or buying your first farm, don't miss this excellent opportunity as farms rarely comes into the market in this area.

Approximately 12km outside Aliwal North, situated in the district of Rouxville, you will find this 599,8132ha farm. The farm is divided into 9 grazing camps with two boreholes, 4 earth dams and 2 cement dams. Each camp further has a water trough and the fences is in good condition.

The farm is covered with mixed vegetation and is currently operating as both a sheep and cattle farm. There is half a hectare existing lands, however ample space for more. The farm has a good rain catchment area which feeds the earth dams.

The farm can be sold as a going concern, which will then include approximately 60 springbuck, 12 blesbuck, 30 sheep ewes, 2 horses, a wagon, ripper and plough. There is also natural game such as rhebuck and warthog.

The main house has an open plan kitchen, living- / entertainment area, 2 bedrooms and 1 bathroom. There is also a Rondavel with 1 bedroom, bathroom, kitchen and living room. There is no eskom connection as solar power was previously utilised. 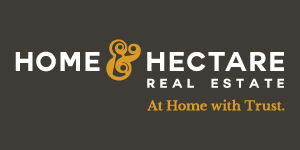