Design and build your dream home in Highridge , Stanger. With an erf size of 1732 square meters the possibilities are endless. Situated close to schools, hospitals, main road, shopping centres and places of worship this land is perfect to build a lovely family home.

KwaDukuza (also known as Stanger) is a town in KwaZulu-Natal, South Africa. In 2006, its official name was changed from Stanger to KwaDukuza however Zulu people in the area called it Dukuza well before this date, and many white South Africans continue to use Stanger today. Stanger has been used on new road signs in the area.

Today KwaDukuza-Stanger is one of many of the towns in this area to claim an authentic eastern influence, brought here by the first Indian immigrants who came to work on the sugar cane fields. Markets, mosques and temples of their descendents now add a vibrant flavour the towns on the Dolphin Coast.. 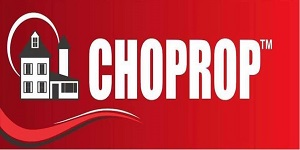 Monthly Repayment
R 0 Can I afford this?
Interest at 7% for 20 years
Apply for pre-approval
* The interest rate is by default set to the prime lending rate. Banking institutions may choose to lend to individuals at a rate above or below this prime rate.

Similar Property for Sale in Stanger