The official carrying capacity of Agricultural Technical Services is 1:14 if your land is a mixture of grass and bushes, but a few years ago we spent more than R1 million on poison and deforested both farms from corner to corner. carrying capacity certainly pushed up to 1:12.

We sold the windpump that was there and the other two boreholes' pipes were removed so that it could not rust any further. We now only use pipeline water which is nice and fresh and it is delivered at 3 Bar pressure which does not require pumping. We closed an electrical point on the highway that saved us more than R5 000 a month. Furthermore, it is no longer necessary for the push pump at home to run every day (and some nights) so it probably saves another R2 000 in electricity. Furthermore, it is also not necessary for a Lister engine (which we had at the second post to pump the water further). It still saves about R4 500 in diesel costs per month. Then I do not even count the wear and replacement costs on the engine. We work out the pipeline water about R8 000 to R9 000 per month (for both farms) so it is not as expensive at all and it is as fresh as rainwater and does not need to be pumped at all because they deliver it at 3 Bar pressure. R-FARM 1: has his own drain point and O-FARM 2: also has its own drain point.

We refurbished the wires from the side and completely rebuilt some wires from scratch. There are now 17 camps in total.

We also completely redone the master bedroom and bathroom in the main house with new tiles, new shower and all the cracks were closed and everything painted.

The game numbers are approximately as follows: Springboks - 1 000, Gemsbokke - 250, Kudu and Elande - trek, Blue Wildebeest 120, Red Hartbeeste- 40. The black wildebeest shot us out. Then there are many ibex, duikers and warthogs as well.

Workers' houses were also rebuilt last year and there is 1 house with its own bedroom, lounge, kitchen and bathroom. Then there is a large house with 5 bedrooms and two bathrooms. 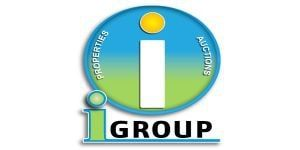 Monthly Repayment
R 0 Can I afford this?
Interest at 7.25% for 20 years
Apply for pre-approval Apply for a home loan
* The interest rate is by default set to the prime lending rate. Banking institutions may choose to lend to individuals at a rate above or below this prime rate.

Similar Property for Sale in Kuruman