It is not often that an absolute secluded, nearly unreachable, lifestyle farm is offered for sale.

This 1506-hectare piece of land which consists of 2 adjacent title deeds is situated 70km from Clanwilliam. Take note that the 6km to the entrance of the farm is rough and tough going.

The topography consists of mountains, secluded valleys, ravines and plateaus. Few places in the Western Cape boast such a combination of unrivalled splendour and stark contrasts as this farm.

A feature of the farm is that although it is situated on an elevated plateau which is not easily ascended, it is easily negotiated once you are on the plateau.

It could be easily converted into a game reserve.

The only infrastructure is some earth dams as well as inner camps and 4x4 tracks. Water is obtained from a borehole. The perimeter fence is jackal proof.

Rainfall occurs mainly during winter months and the area is renowned for the panoramic floral display that erupts after the first winter rains.

Due to the fact that the farm has not been grazed for many a year, the veld is in pristine condition. 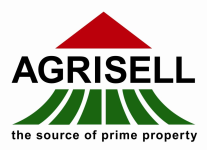 Monthly Repayment
R 0 Can I afford this?
Interest at 10% for 20 years
Apply for pre-approval
* The interest rate is by default set to the prime lending rate. Banking institutions may choose to lend to individuals at a rate above or below this prime rate.

Similar Property for Sale in Clanwilliam