The agricultural town of Heidelberg, 50km southeast of Johannesburg, was founded as a trading post in 1886 by German Heinrich Julius Ueckermann.

The town of 36,000 residents today continues to be well maintained and recently attracted the development of the new 35 000m2 Heidelberg Mall. While it is viewed as a small and tranquil enclave with easy access to Johannesburg, it is undergoing three new residential development opportunities: Berg en Dal and The Kloof estates, the River Sands retirement village in Jordaanpark and in the low-income area of Ratanda more houses are being constructed. 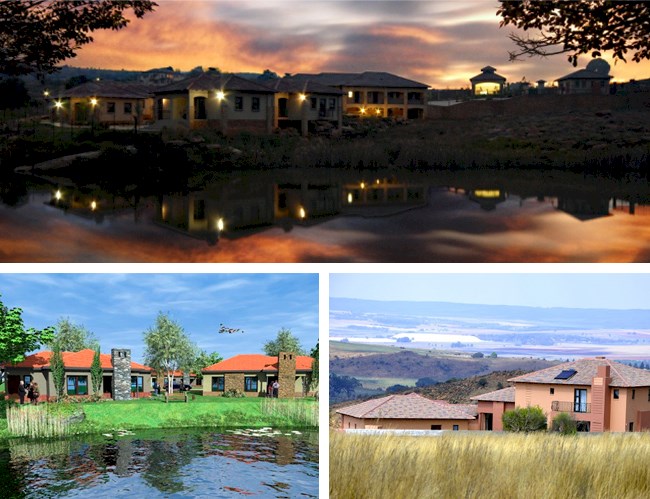 The town is home to a range of good Afrikaans and English medium primary and high schools, according to Celeste Dippenaar, area principal: Pam Golding Properties in Heidelberg, who says people move to the town for a range of reasons.

“We get a few people who want to retire in Heidelberg,” she says.

“Also when people are transferred from other provinces and have to work in Johannesburg they prefer to stay in Heidelberg, which enjoys a tranquil environment. We also have a lot of clients from the Johannesburg areas wanting to move to Heidelberg.”

Part of the reason for this is due to the fact that the average price for a three-bedroom house is R1,1m while the average price for all freehold property ranges around R750,000, according to Lightstone data. Interestingly, sectional title property prices are on the rise, and at a much faster pace than freehold. The sectional title market has increased by 25% in value since 2013, while the freehold market has been mostly flat.

The rental market continues to show good demand, according to Stoffel Janse van Rensburg of Pam Golding Properties in Heidelberg. “The rental demand boils down to higher rental costs per square metre in the surrounding towns,” he says. “The biggest demand is in the R6,000 to R10,000 a month price bracket.”

The demand for retirement villages in South Africa
Retirement estates offer a brilliant lifestyle for retirees and are an excellent investment. Pam Golding's discusses the demand for retirement property in South Africa and how to invest in one.
Prime locations to suit short and long term
Ideally a relocation destination should fulfill short and long term selection criteria, to also include the knowledge of infrastructural and possibly commercial development in an area.
KZN’s slow coast speeds up
The KZN south coast seems to be, if not shrugging off its history, then rewriting its future.
Browse the Advice Centre