High life in the Lowveld

Mbombela (formerly Nelspruit) is a gateway city to South Africa’s Lowveld; the area that lies beyond the Drakensberg escarpment in Mpumalanga and extends to low-lying areas in Limpopo province. The Lowveld is a state of mind as much as a geographic location and an increasing number of people are moving to Mbombela for its lifestyle and business opportunities.

“The city has grown a lot; the boom started about 12 years ago and there has been a lot of property development – things like the Riverside Mall initially seemed way out of town; now they’re central landmarks,” says Linda Grimbeek, spokesperson for the Lowveld Chamber of Business and Tourism.

In part, Nelspruit property (now known as Mbombela) and city growth was spurred on by the development of its impressive provincial legislature buildings; there was a job boom and an influx of government agencies. The city also attracts business from Maputo, with more than 3.5 million people travelling from Mozambique each year to shop and enjoy the city’s amenities. To sustain its growth, Mbombela’s on-going Integrated Development Plan commits the municipality to providing first-class infrastructure and to creating a business-friendly environment that will attract investment and create sustainable employment.

Nelspruit’s property (now known as Mbombela) prosperity can be seen in the number of property developments that have sprung up around the outskirts of the city, which is also a business hub for people living in places like Barberton, White River, Sabie and Graskop. Housing estates like Shandon and Uitsig combine urban and bush living; but the biggest movement in the property markets relates to houses priced between R800 000 to R2-million, suggests Nick Laubscher, agent at Chas Everitt, Nelspruit.

Read more: A guide to the Lowveld, Mpumalanga

When he moved from Cape Town to Nelspruit 14 months ago, Nick expected to perhaps sell a property a month. “In fact, you can move five or six properties a month if the property is price-right,” he confirms. Properties don’t wait for a buyer and can sell in as little as 48 hours. He believes the dynamic market is driven in part by the fact that, given its location, Mbombela is influenced by more than one economy.

Mbombela itself has many attractions. The only things you can’t do are activities like deep sea diving – but that’s just 2 hours away in Mozambique. The Lowveld National Botanical Gardens lie at its heart, fringed by the city’s expanding skyline. It’s also close to the Sudwala Caves, Chimp Eden and Mankele, a world-class mountain bike park. The Malelane, Numbi, Paul Kruger and Phabeni gates of the Kruger National Park are all within an hour’s drive and the Kruger Mpumalanga International Airport means you can fly to Cape Town, Joburg or further afield with minimal fuss. You’ll find information on the many things to do in the area on the Kruger Lowveld Tourism website.

As a natural gateway to the Panorama Route, Swaziland and the Mozambican capital, Maputo, Nelspruit also provides easy access to the rest of the Lowveld; an area that stretches up to the Limpopo River in the north of South Africa and encompasses the towns of Hoedspruit and Phalaborwa, as well as the cities of Thohoyandou and Musina.

“People move to the Lowveld for the climate, the game reserves and the quality of life,” says Nick. He can confirm this from his own experience and says his lifestyle in Mbombela beats Cape Town hands down, just based on the weather alone!

Thinking about looking into Nelspruit property?

Mbombela (formerly Nelspruit) is the entrance to South Africa’s Lowveld that encompasses to name a few, the Limpopo River, Hoedspruit, Musina, White River and Sabie. The city has grown exponentially over 12 years and attracts business from Mozambique, with more than 3.5 million people travelling each year to the city to shop and enjoy its world-class diving, botanical gardens and easy access to the Kruger National Park. Property for sale in Nelspruit can sell in as little as 48 hours due to its perfect location.

Private Property allows you to search through South Africa’s top deals and homes on sale to find your dream home.

Observatory The Next Houghton?
Johannesburg’s Observatory has been tipped as the next Houghton by local Chas Everitt agent Jose Dias.
Plettenberg Bay Is Still Famous For The Beauty It Offers
Hosting the largest game reserve in the Southern Cape, breathtaking views of the Indian Ocean and one of the most popular upmarket holiday destinations on the Garden Route.
Live, work and play in Roodepoort
Major construction has occurred across Roodepoort’s property spectrum, making it possible for residents to effectively live, work and play without having to leave the suburb. 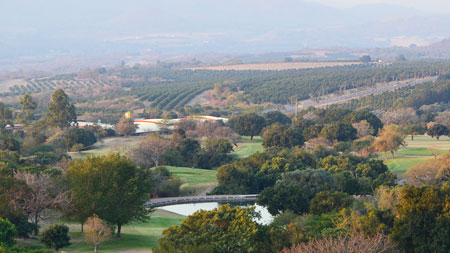 Nelspruit or Mbombela, the capital of Mpumalanga, is a vibrant, sub-tropical city that has a rich history and is teeming with wildlife. There is an abundance of outdoor adventures in nature and many attractions. This diverse city is the gateway to Kruger National Park, and home to lush botanical gardens, as well as great shopping.
Browse the Advice Centre