Far from the village it was just 50 years or so ago, Knysna along the Garden Route has now come into its own.

Not many towns or cities can boast having South Africa’s second-most-important national road as its main street, but Knysna, along the Garden Route, is one such town.

Having a national road run through it – in this case the N2 which stretches all the way from just outside the Victoria & Alfred Waterfront in Cape Town to Ermelo in Mpumalanga – adds to the charm of this town, once considered more of a village by those who have lived there long enough to witness its evolution.

Where it all began..

Of course, the N2 didn’t always exist. In fact, once upon a time it took town historian Margaret Parkes more than a day and half to travel by train via George to boarding school in Port Elizabeth.

Parkes, the daughter of a Scottish couple who met on a ship while travelling to Port Elizabeth, was born in Knysna where her father – former Knysna mayor Donald Fraser – was looking to establish a business. He ended up opening the Royal Hotel which still stands today on Main Street.

“Father had that building built,” she says. “Knysna has changed, first in size. There were just six houses at the Heads. There was nothing on the hills and above. In the old days there were no malls. There were general dealers. Delivery boys would come take your order and then deliver it.

“The main street was wider. The benefit of having the N2 run through town is that people are passing through and they see the town. But on the other hand there is the traffic.”

Parkes, a founding member of the first museum in Knysna, has spent years researching the town’s history. She credits George Rex, who was sent to Knysna by the British Admiralty in Cape Town, as being the father of the town at a time when many sought one of its key resources.

“It was the timber that brought everyone here. People were after the timber as Cape Town had exhausted all its timber,” Parkes says. 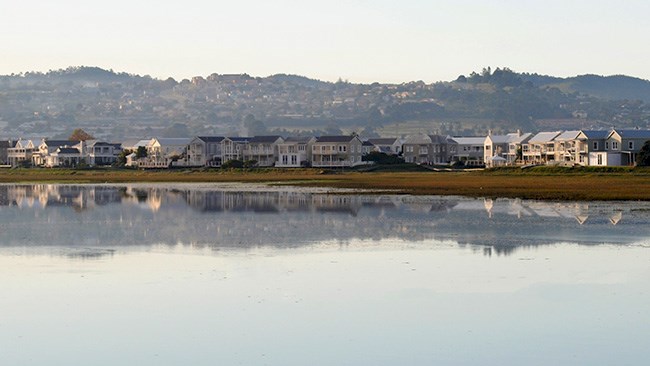 Today it’s as modern as any other town, with several public and private schools, a private and public hospital, the Knysna Waterfront and several malls in the CBD area. There are also several high-end developments such as Thesen Islands, Simola and Country Club Estate, and Pezula, which includes a private estate and championship golf course. In some spots along Main Street, shop entrances are just metres from the national road. Asked what she loves most about Knysna, Parkes says simply: “There are so many lovely places to go for a drive.”

What makes those drives so special are the spectacular views. Up on a hill in Hornlee, resident Shakespeare Arends has one of the best views of the Knysna Lagoon, an estuary which is one of only three places in the world where the endangered Knysna seahorse is found.

says Arends. “I stand in my room upstairs and I can see all the way to the KwikSpar, and I can see if the traffic is backed up all along the N2. Then I know I must take the detour into town. It’s 5km longer, but you get to town quicker.” He says the climate and attractions make it a nice place to live, and the town’s various festivals just about every other month create a festive atmosphere which can be felt in parts of town such as the waterfront even during quieter seasons.

“It’s quiet, but it can turn into a city over the busy period, and then after January 5 you get your town back again.”

Arends, a former tour guide who sits on the town’s tourism board, was born and bred in Knysna. “I’ve been around the world and I’ve always said, ‘Give me the first plane back to Knysna,’” he says. “Knysna was a village at a stage. It was a nice, quiet place, a hamlet. It has changed so much in the last 20 years. The population has grown as people from other cities moved in. We never had peak hour in Knysna. Previously we had to go to Cape Town to experience peak hour, but now we have our own peak hour, and over the Christmas period it’s hectic.”

Arends, who grew up near the forest, says that’s what he loves most about Knysna. Across the N2 from Hornlee, in a valley in Khayalethu South, is what local Rastafarians like to think of as a model for other Rastafari communities around the country.

“If you want to be a real Rasta, you must come to Knysna. The calmness, the hills, the valleys and the forests make Knysna special,” he says.

The community is self-sufficient, in keeping with the Rasta way of liberty. Situated in a cul-de-sac behind a boom gate, the village is home to about 30 families. They grow much of their own vegetables and have established a pre-school which is also open to children from the community.

House of Judah has also become a tourist attraction and boasts its own restaurant with a green chef, dance hall and it hosts overnight guests.

“Some of us are very colourful and we are a hit on the township tour,” Zebulon says. “Knysna is the place to be.” 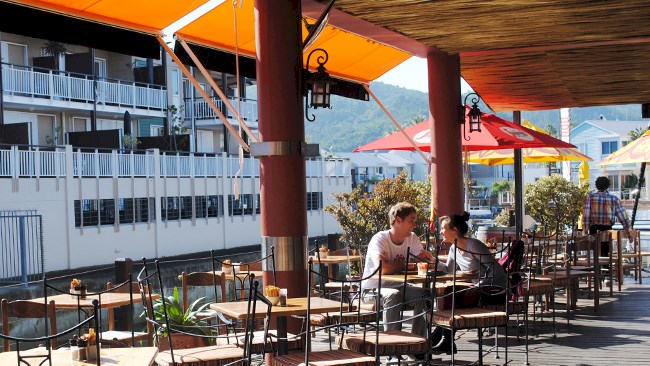 Fun things to do in Knysna

Take a journey through the Garden Route here:

Eating Out Food Out and About Area Info Activities Holidays Shopping

Hermanus area and property guide
Charming Hermanus offers a coastal lifestyle and a host of activities and events for both permanent residents and visitors.
Umhlanga Village suburb focus
Vibey cafes and restaurants, a good selection of shops and access to beautiful beaches make Umhlanga Village a favourite for both holidaymakers and permanent residents.
The Sodwana Bay experience
This biologically diverse area in KZN offers an incredible range of activities from game and whale watching, to diving, fishing and hiking.
Parkhurst suburb focus
The village of Parkhurst, with its inviting community feel and convenient location, attracts people from all walks of life, including academics, artists, and business owners. 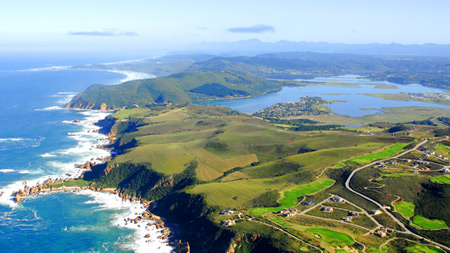 Nestled between the Knysna estuary, the Indian Ocean and a vast indigenous forest, this town is full of natural beauty. With three magnificent golf courses, it is a haven for golfers. The waterfront is a popular tourist destination for great food and shopping. Known for its oysters, this town has festivals and events for all kinds of interests. An ideal holiday destination or retirement place, experience tranquility and a safe, small-town life.
Browse the Advice Centre