It may not be as green as Constantia or as spectacular as Camps Bay, but Claremont has that unbeatable property trump card in spades. If you’re talking about “location, location, location”, then it is suddenly easy to understand why this suburb commands the highest demand in all Cape Town. For families, Claremont is an obvious choice: it is a short commute for those who work in the CBD, minutes away from the beach in the other direction and has many top schools on its doorstep. 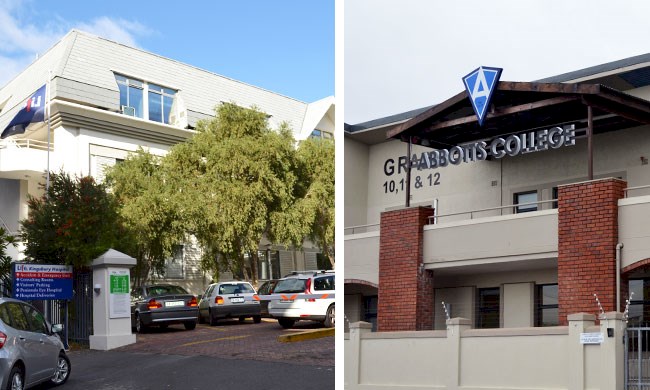 “Demand for housing is massive,” says Nicki von Arx, who lives in Upper Claremont with her family.

So many families want to move here to be in the catchment area for schools like Grove, Westerford, Rustenburg, Rondebosch Boys’ and SACS. And then there’s Herschel and Springfield only a few minutes’ drive away too.

The family demographic creates a very sociable vibe: most of the neighbours have schoolgoing children and their school friends are likely to live close by, making and the quiet residential streets an extension of the playground. “What I have always enjoyed is how the streets are alive,” says resident Robyn von Geusau, whose daughters grew up here from primary school age to university. “People are out and about, whether they are walking their dogs, skateboarding, cycling or running. There’s a pretty relaxed community feel and, probably because there are so many schools in the area, a lot of people know each other through their children.”

If you pass groups of moms with prams, dog walkers and older kids on bikes or longboards, there’s a good chance they’re heading through the back streets to Keurboom Park. Well maintained, safe and offering gorgeous views of the mountain, it is the suburb’s green lung, with a network of paths that is perfect for kids on wheels or for walking dogs off the leash, and playgrounds for preschoolers.

From Claremont it is only a short drive to Newlands Forest for mountain biking or hiking, but you don’t even have to go that far for a lovely nature trail: a gentle path runs along Liesbeek River all the way from the Kirstenbosch arboretum to Claremont Main Road. And nature is never far away in any case. “Guinea fowl march through our streets in patrols and often the only hooting I hear at night is that of resident owls,” says Robyn.

When the kids grow up and start demanding an independent social life, Claremont scores well too. “The access to UCT is great and is made much easier by the Jammie Shuttle,” continues Robyn. “When they became young adults the Claremont nightlife was just a three-minute, 1am pick-up away, and now that their socialising has moved more city-side, they enjoy coming home to the quieter side and being within easy reach of Muizenberg for surfing.”

Affordable student accommodation and apartments can be found closer to Main Road, where there is a vibrant nightlife for the younger crowd. A lot of energy has been put into upgrading and cleaning up the Main Road area in recent years and many coffee shops have opened up below the apartment blocks of flats, which means that there are more people about and a growing trendy vibe.

While Cavendish Square is the focus for boutique shopping and movie-going for the whole of the Southern Suburbs, locals usually prefer to pop in for groceries and a quick coffee at some of the smaller centres. Palmyra Junction opened five years ago with Woolworths’ greenest flagship food store and now hosts a range of small shops, boutiques and a Knead bakery. Belvedere Square is another favourite, with a Woolies Food, Col’Cacchio, the new Eatery Wood-Fired Grill and all the everyday shopping you need. For the best bargains, Access Park with its factory shops is in nearby Kenilworth.

Plot sizes in Claremont tend to be smaller than those in other parts of the Southern Suburbs, but the convenient location more than makes up for this, and makes residents think twice about moving further out to a more spacious suburb. An easy school run, a short morning commute and a friendly, sociable neighbourhood are Claremont’s not-so-secret ingredients. 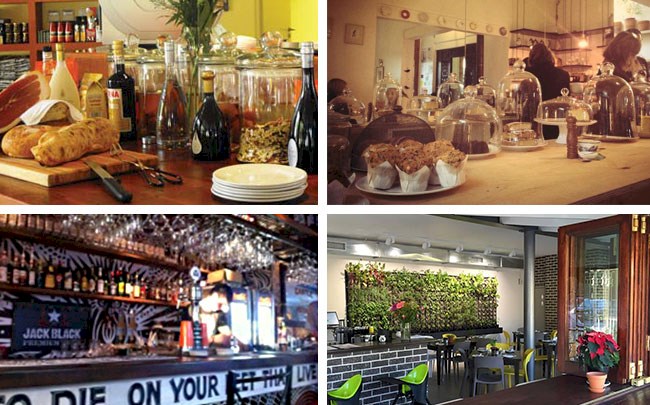 More Things to Do

Properties for sale in Claremont comprise 8% of total sales listings in the greater Southern Suburbs area. They receive:

Spotlight on Hillcrest
Situated on the ridge of a main road that runs from Durban to Pietermaritzburg, Hillcrest has become far more than the sleepy hollow it once was.
Rietvalleirand area and property guide
Outstanding estates that offer an excellent lifestyle have led to high demand in this laid back area.
Spotlight on Amanzimtoti
Looking for a great work-life balance in KwaZulu-Natal? Meet Amanzimtoti.