A fairy tale cottage in Oudsthoorn is on the market

This mysterious Oudtshoorn property for sale has a fascinating past. The cottage was once famously owned by a former 'Miss South Africa' winner, a Springbok rugby player and also served as a lodge and a children's orphanage, to name a few.

It has been known to local residents in a variety of forms over the decades. Ranging from an “Ostrich Palace” to a clinic, to a bridal dress shop and even a “Haunted House”, this spellbinding property in Oudtshoorn has always been everything but dull.

And now the home - situated in the upmarket area of Westbank - is for sale on sole mandate by Seeff, offering to another charmed owner the opportunity to hold one of the Klein Karoo’s most absorbing properties and to make of it something that may very well be recorded in the history books one day.

It is not often that one finds the opportunity to own a property with such a rich, interesting and mysterious history and moreover to have the option to use it for residential purposes

“While the house was originally built as an ostrich feather palace, with money earned from the sale of ostrich feathers (which was more expensive per kilogram than gold at the time) just prior to the great economic collapse in the feather trade industry in the early 1900’s, it has been through many stages during the last century. 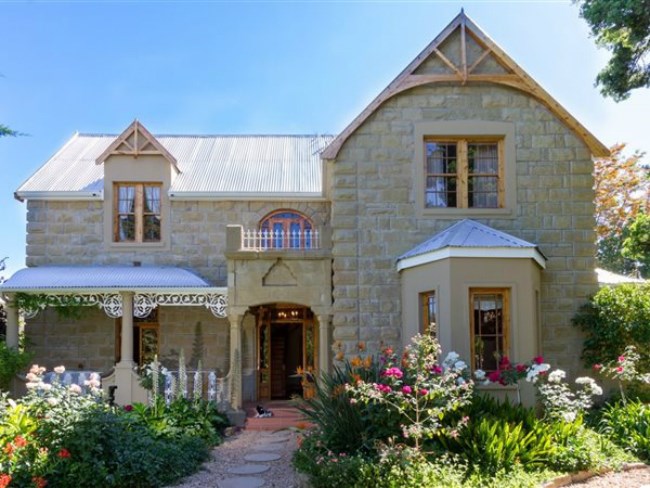 The fairy tale cottage for sale in Oudsthoorn

After World War II it was used as an orphanage for Polish orphans for example and a medical doctor later acquired the palace to use as a small home clinic.

Renewed interest was later established in the home when one of the subsequent owners, a former Beauty Queen told the author, Sue van Waart, that she has made the acquaintance of a handsome resident ghost in the home, presumably a former doctor from the clinic. This story was also later published in the book titled “Kannalandse Kameë”.

Since then many locals still refer to the home as “Die Spookuis”, but far as it is known none of the other owners has had the un(fortunate) privilege of meeting the handsome ghost doctor.

The house is also remembered fondly by many women in Oudtshoorn as a bridal boutique where they had their wedding dresses made and it is said that even parliamentarians' wives visited the boutique to have their outfits made for the opening of parliament. More recently the house was also home to the Springbok rugby player, Anton Leonard.

The current owners of the home have owned the property for a decade and undertook intensive restoration to the home, even calling in in the help of fine craftsmen, woodworkers and a Belgian stone mason to restore this grand dame back to her former glory.

The house was sensitively modernised with new bathrooms, a kitchen, entertainment area and studio. Careful attention was paid to details such as the type and pattern on replaced woodwork and the windows. Most of the chandeliers were replaced with appropriate pieces sourced from France. The layout of the house was also altered to create a light living space that flows gracefully from room to room.

Oudshoorn has always been synonymous with superior ostrich related merchandise, feathers, art, culture and the renowned Cango Caves. In the late 1800s, ostrich feathers were the height of fashion sought by royalty, maharajahs, emperors, fashionistas and costume-makers all over the world. This has aided in transforming this modest Karoo town over the years to become the flamboyant and cosmopolitan town with the unique character that it is today.

The town offers exceptional safety and security throughout which is a major consideration to newcomers. There are very few security villages and owners tend to close up their plots mostly for privacy reasons.

The average house price for a home in Oudtshoorn that offers three bedrooms, a bathroom and a garage is around R1 million and the property market here is definitely more active than in previous years. The area also sees many cash buyers.

With regard to the rental market there is a major shortage of rental properties as demand for this type of property is extremely high,” concludes Coetzee. 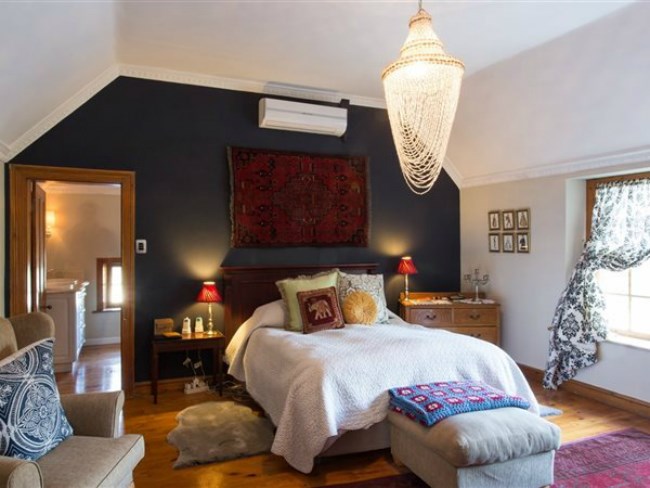 An inside look into the exquisite property for sale

The home is finished in traditional sandstone, meticulously restored to its original splendour and is offered as an exclusive sole mandate by Seeff at R2.950 million.

The designer kitchen with separate scullery has exceptional old world character and there is also a separate laundry to accommodate the needs of a busy household. The layout of the home is well designed to further accommodate two separate studies or reading area with a guest toilet.

A detached studio allows versatile space for a study, office, library or playroom.

The undercover patio and BBQ area has an easy flow to the sparkling swimming pool and manicured garden.

KZN's Queensburgh market on the up
Malvern in Queensburgh has gone from strength to strength and has become a very popular and sought after suburb especially amongst young professionals.
‘Tis the season to be selling
Coming off five years of low growth on the back of tight economic conditions, this year has seen the property market emerge from one of the toughest down-cycles.
Create a well-organised kitchen
The closure of restaurants and cafes has forced people to cook at home, prompting a need for better organised kitchens.
Browse the Advice Centre