One of the surest signs of renewed investor confidence is when big ticket purchases are made and, in Constantia where the top end of the market has been notably subdued during the past 12 months, a number of recent high-end sales are an encouraging sign.

According to Joanna Thomas, Rouvaun McKirby and Jacques Fourie, Area Specialist Partners for Lew Geffen Sotheby’s International Realty there have been four sales at the top end of the market since February 2019 and, equally heartening is the fact that recent buyers include foreign investors and returning expats.

Says Thomas: “There certainly hasn’t been a sudden dramatic upswing as we are still experiencing low volumes of buyers but the few recent sales that have taken place have been at a significant level and we are cautiously optimistic.

“And although sales are still sporadic, we are receiving more enquiries and when buyers are willing to commit at this level it does indicate a level of confidence in the market.”

“One property was in Broughton, a secure estate whilst the other three were all freestanding homes on generous stands.”

Fourie says that when the market is slow, it’s important for agencies to work together and not against each other to achieve sales, especially at the upper end of the market where homes can take up to two years to sell.

“Two of the recent top sales were joint-ventures between agencies which either listed the properties or had the buyers.”

This is sage advice as, according to Propstats data, last year Constantia properties spent an average of 105 days on the market and sold for 8.9% less than asking price and this year these figures increased to 136 days and 10.9% respectively.

Thomas says that although the market remains challenging, the benefits of an agency with considerable resources and a global reach to find buyers for properties at all price levels becomes most apparent during tougher times.

“Our median price has increased from around R9.5m this time last year to R10.5m and our 80- percentile in 2018 was nudging R13m but a year later it’s risen to R15.5m which is respectable performance in any economic climate.”

The ongoing popularity of areas like Constantia is driven by a number of factors, not least their proximity to good schools as demand for quality education has resulted in long waiting lists at result-producing schools and many families with young children now determine their choice of schools prior to selecting a residential area.

The appeal of suburbs near to good schools is clearly collaborated by Lightstone demographic data which shows that whilst 66% of recent sellers during the past 12 months were 50 years of age and older, 89% were ages 49 or younger.

“Also a significant draw card,” says Fourie, “is a comparatively lower crime rate than most other areas due to the collaboration of local community volunteer patrollers, the Constantia Valley Information Centre, a camera network and a special response team (SRT) that works in close collaboration with Wynberg SAPS.

An established infrastructure, access to first class amenities and the myriad activities for outdoor and sports enthusiasts are also drawcards that attract buyers to the region.

Massive demand for estate living in Hout Bay
Unlike most areas where development has slowed considerably during the past two years, it has been full steam ahead in Hout Bay.
Semigration patterns
Why are more people moving to the Western Cape?
Top-ranked Constantia attracts foreign investors
The property professionals take a closer look at what is really happening in the market, what has influenced it most and what they expect from 2020. 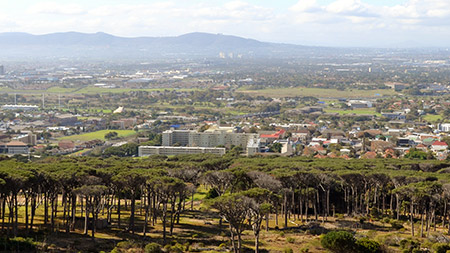