Back in the 1920s, a little girl won a competition and got to name one of Gauteng’s (now) most popular and affluent areas. She quite fancied the “nice” view from the region’s famous farm, Bedford, so she called it, “Bedford View”. According to www.bedfordview.co.za, the farm was owned by Sir George Herbert Farrar who apparently played a prominent role in executing the infamous Jameson Raid – a catalyst in the Second Anglo-Boer War. His farm was situated in what’s known today as the posh St Andrew’s neighborhood in Bedfordview. Bedfordview is the well-to-do suburb on Johannesburg’s East Rand. It’s made up of various smaller districts like St Andrews, Senderwood, Upper Bedfordview, Bedford Park, Morninghill, Orie, DowerGlen and Essexwold. From Bedfordview, there’s easy access via the highways to the East Rand, Johannesburg and Sandton. It’s also a 15/20-minute drive from OR Tambo International Airport. The area boasts superb infrastructure and is home to the monster mall East Gate. Lightstone property reports reveal the bulk of home owners in Bedfordview are between 36 and 64 years old. Most market property in Bedfordview is freehold property (63%), while sectional schemes account for 31% of the property and estates make up the remaining 6%. There has been a fair amount of activity in the market for property in Bedfordview in the last year. There were as many as 191 sales in the area: 105 of those were freehold properties, 45 were sectional scheme properties and 15 were classified as “estates”. On average, freehold properties went for R3,5m; sectional scheme properties for R890K and estates for R2,7m. Sydni Plotz has lived in the up market neighborhood of Senderwood in Bedfordview for the past 20 years. Sydni was schooled at the exclusive St Andrews College – one of Gauteng’s best private schools for girls. Her stylish family home sits pretty on 2453sqm of some of Bedfordview’s finest property. Their five-bedroom home is valued at about R3m (according to Deeds Office data). The Plotz residence has a tennis court, pool, medium size garden and domestic quarters. In recent years, homes in Senderwood have been fetching anything between R2m and R4,5m. Lightstone reports indicate that freehold homes like Sydni’s account for 82% of market stock in Senderwood. In the past year, nine freehold properties in Senderwood alone have been sold. On a national scale, freehold property in Senderwood is ranked 68th out of 5,223 suburbs – with an average freehold property in the suburb valued at R3,59m. 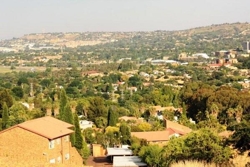 Only one sectional property in Senderwood changed hands over the past 12 months. It sold for R1,2m. That said, since 2004, the sectional scheme market in Senderwood has performed well. Townhouses, apartments, flats, and cluster units have gone from an average price of R550K in 2004 to a nifty R1,2m in 2009. On a national scale, sectional title properties in Senderwood come in at 326th place out of 1,982 suburbs. Sydni would love to buy a place of her own in Bedfordview. She reckons that it’s a great place to live – so much so that she isn’t fazed by the daily trek from her parent’s home (in the east) to her office in Sandton (in the north). “It’s about a 30-45minute drive each way, but I really enjoy it. The drive helps me to unwind.” “The north is also so commercialized and stiff compared to Bedforview. In Bedfordview it’s beautiful and the atmosphere is really relaxed.” Sydni has three great amenities right on her doorstep – Woodbury Village Shopping Centre, Glendower Place Shopping Centre and Linksfield Terrace Shopping Centre. She recommends Gloria Jeans at East Gate for the best cuppa in town. Alternatively, if it’s a cool watering hole you’re looking for after a long day at the office, Sydni rates Rhapsody’s (near the Bedford Village Shopping Centre) as “the place” to go for a drink. Sydni does point out though that property in Bedfordview’s biggest selling point is also its worst. “There’s a real sense of community here which is wonderful but that means that everyone knows everyone else’s business and sadly that leaves room for gossip.” So what are people in Bedfordview talking about then? Sydni says many residents are up in arms about the area’s exorbitant rates and taxes. “I’ve heard that our rates are higher than any other suburb in Johannesburg.” One disgruntled resident has started a Facebook Group called “Bedfordview – the dump of JHB”. He says: “Officially the 3rd richest area in SA...With your purchase in this great area, you will receive electricity and a water supply whenever the government feels like it. Although you must pay the highest rates and taxes, you will also experience the occasional veldfires, potholes and more...” Considering that he has only managed to attract 12 friends to his group, it would appear that the majority of residents in Bedfordview are happy to live there.

Don’t be deterred by rate increases
Interest rates have just gone up but this should not deter home buyers from entering the market.
Property market braced for steeper interest rate climb
The business market in South Africa is currently coming to terms with the increase in interest rate. What has been the reaction?
Choosing the right ceiling product for your home
Ceilings can be implemented and maintained efficiently and cost effectively by considering these new materials on the market.
Prepaid water meters – an excellent option for sectional title schemes
You can keep control of water usage in sectional title complexes by installing prepaid water meters.
Browse the Advice Centre