Yesterday’s CPI numbers for January, along with a 24.8% hike in Eskom tariffs, confirm that home affordability issues aren’t what they used to be. The “new” affordability issue is less about the simple house price and the cost of credit and increasingly about home assessment rates and utilities costs passed on from state monopolies. The housing and utilities sub-index is the biggest single contributor to overall CPI inflation, not only having implications for overall CPI inflation and future interest rate trends but also for the way people live, and thus for long term changes to the composition of residential property stock. THE NUMBERS The release of the January consumer price index (CPI) numbers shows the housing and utilities component of the index to be the most troublesome, inflating year-on-year by 7.0%, and today’s Eskom tariff hike announcement suggests that it will continue to be the main cause for concern for the foreseeable future. The housing and utilities sub-index makes up 22.56% of the total CPI, the largest weighting of any of the main sub-components. Its inflation rate of 7% is not the highest, but it remains above the upper CPI target limit of 6%, and because of its heavy weighting in the total CPI it contributed the most to overall CPI inflation, i.e. 1.6 percentage points of the 6.2%. Breaking down the sub-components of the housing CPI, there are no prizes for guessing that, even prior to the huge tariff increase announcement today, Eskom has been a key driver of the housing CPI inflation problem, with the “electricity and other fuels” sub-index inflating by a massive year-on-year inflation rate of 23.9%. Far behind, but still troublesomely high, is the sub-index for “water and other” services, which also includes municipal assessment rates, showing year-on-year inflation of 9.4%. 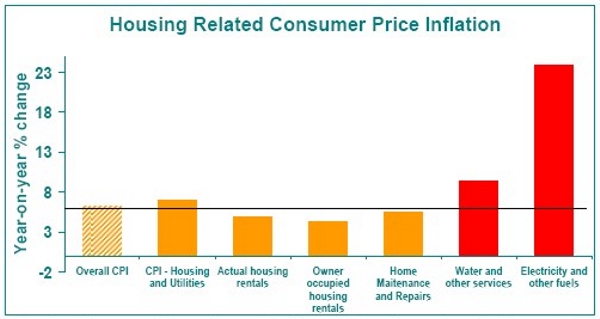 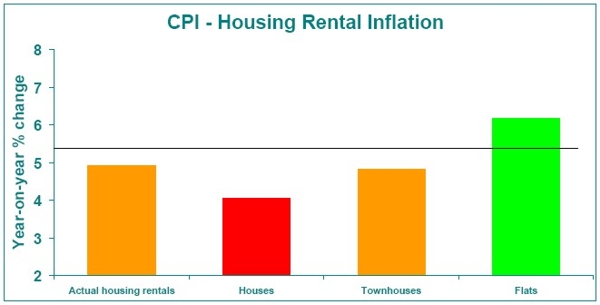 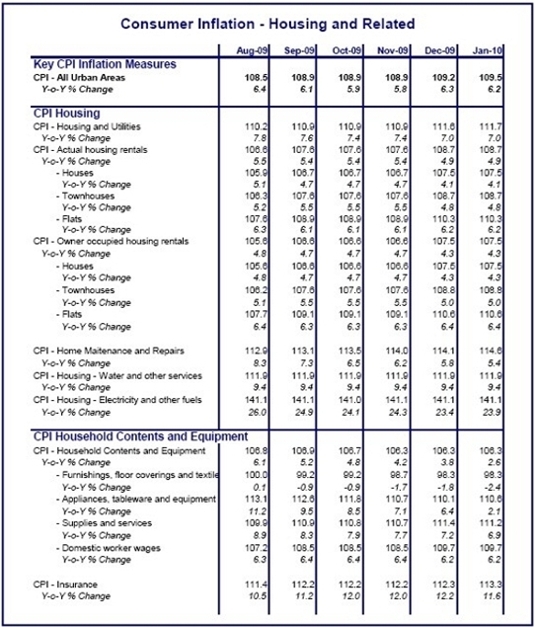