Middleburg – The Pride of the Eastern Cape

The ‘land of thirst’ or as it is more commonly known, the Great Karoo, features a harsh, rugged terrain surrounded by mountains and arid veld. It is historically an area in which South African farmers have eked out a living for hundreds of years. Surrounded by ostrich and sheep farms, Middelburg remains a fairly large farming district and also boasts a number of well-frequented game farms.

On the 12th and 13th of August 1852 the very first erven in Middelburg were sold. The town has come a long way from its humble beginnings as the pit-stop between Graaff-Reinet and Colesberg and it is estimated that there are now approximately 3 700 permanent residents in the town.

The midway point between Port Elizabeth, East London and the northern interior, Middelburg is easily the most economically viable route for transporting goods via road and rail. As seen in many other smaller rural towns across the country, economic sustainability and easy access to other parts of the country often boosts demand for property. This factor has certainly played a role in this region and has possibly contributed to the rise in residential property price averages in the area since 2009.

There have been a total of 41 residential property transfers in the area in the last 12 months, with all sales falling into the freehold sector of the market. Statistics reveal that 42 percent of owners have resided in the area for longer than 11 years and 40 percent of recent sellers had resided there for 11 years or more.

The area has grown substantially in recent years and the statistics further reveal that 86 percent of recent buyers are under 49 years of age. The draw card could be the fairly healthy economic activity the town enjoys. Most major retailers and banking institutions are represented in the town and there are a number of excellent healthcare and educational facilities.

In terms of schooling in the area, children can attend the Saint Boniface Junior and Senior Primary School or the Karel Theron Primary School which was established in 1908 and was at one stage the largest primary school in the Cape Province. The Middelburg Hoërskool provides secondary schooling for the town’s children.

Many of the local residents have taken full advantage of the area’s natural scenic beauty and the surrounds are dotted with numerous B&B establishments as well as a number of game farms. The town frequently hosts a number of community sporting events and agricultural shows. Well known for its fresh produce, the area boasts a good number of farm stalls and flea markets.

As with most towns in South Africa, Middelburg has lured many avid photographers who want to capture the history of by-gone eras. With a number of national monuments and grand Victorian structures, this attractive little town would certainly not disappoint the history enthusiast. The water pump that stands proudly in the centre of the Mayor’s Garden, was donated as a gift to the town’s residents by Queen Victoria in 1887. Victoria and Jubilee streets are named after her in tribute to the longest reigning female British monarch in history. 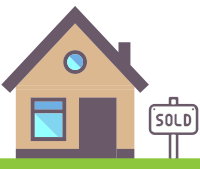 How to fix common painting mistakes
When it comes to simple décor fixes or sprucing up your home, a fresh coat of paint is probably one of the quickest and cheapest ways to so without too much effort.
Women dominate the property market
Which people are being granted the most bonds in South Africa right now, and what this says about the property buyer power in the country.
What is the best approach to home-loan applications?
Finding your dream home is the fun part, getting property finance is an entirely different story.
Sandton suburbs where you can buy under R1 million
Believe it or not, Sandton does have properties available for under R1million, and here's where you can find them.
Browse the Advice Centre