Rising From the Ashes

During the great depression of the 30s, wealthy American industrialist JD Rockefeller reportedly said, “These are days when many are discouraged. In the 93 years of my life, depressions have come and gone. Prosperity has always returned and will again.”How right he was.Unfortunately, the construction industry is one of the first to feel the effects of a tightening economy. Like a domino effect, once the building industry begins to fail, it is just a matter of time before every aspect of the business world becomes infected with the downturn virus and begins to experience the repercussions of the fallout.There can be little doubt that the past couple of years have not been easy for the industry.In fact, things have been so bad that Rael Levitt from Auction Alliance noted that liquidations of property developments and investor schemes reached unprecedented levels, resulting in R5-billion worth of development real estate going into liquidation during 2009. Are things looking up? According to Harry Wilson from Ivora Properties, there has already been a clear indication of an improved sentiment towards property investment in 2010. 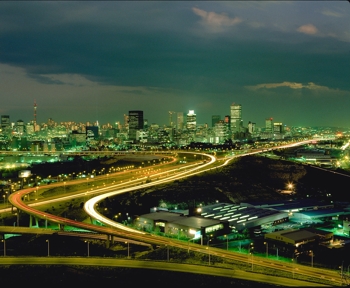 “This year is certainly going to be better than 2009 and 2008. However, we still believe that our economy, and specifically the housing sector has a long way to go before we get back to the ‘glory days’ of three or four years ago. He said the introduction of tougher fiscal policy such as the National Credit Act had placed a much-needed handbrake on irresponsible lending. He also believed it was going to take a lot more sustained good economic and political news to coax gun-shy, battered investors from the comfort zones into which they have been forced to retreat. It appears that larger development firms in Johannesburg are still thinking and planning ahead. Kevin Wilkins from Steve Jaspen and Associates Town and Regional Planners said that while projects were certainly being planned, only a few were actually being brought to fruition. He believed that this was hardly surprising, given the length of time it takes to conclude the town planning process. “Clearly, they have taken a long-term view of the cyclical nature of the property market to get their house in order prior to the next upturn in the cycle.” Developers, regardless of how big or small they are, are fighting the recession battle on more than one front. It stands to reason that banks are not going to entertain all comers while they sit holding the repossessed development ‘babies’ they have been forced to adopt. Investors, too, have become wary of buying off-plan, only to have the liquidator set the sale aside leaving them with a concurrent claim against an insolvent estate. Nevertheless, it certainly isn’t all doom and gloom. Several countries, including South Africa have announced that they are out of the recession. While investors are hardly beating down developers’ doors, lower interest rates and banks’ willingness to finance low-risk investors has tweaked interest throughout the property industry. Although, according to Wilson, it is too early to break out the champagne, the 2010 Soccer World Cup may be the catalyst that gets the ball rolling again. Article courtesy of