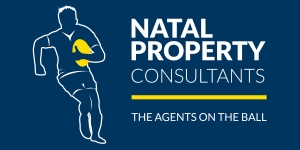 Having started in small offices in Timber Street in the City Centre, it is believed to be the first firm of estate agents to advertise under a logo and slogan in Pietermaritzburg.

Over the years “The Estate Agents on the Ball” became a household slogan in our City and is easily identifiable and familiar to many Maritzburg residents. Since its beginnings in Timber Street, the Company continued to grow and expand, eventually moving to larger premises in the Parklane Shopping Centre where they remained for 30 years.

During this time Natal Property Consultants ran a very successful and busy United Building Society Agency within those premises. During 1997, in a bid to expand their selling team and thereby increase market share, they bought out M&V Properties and opened a branch in the Hayfields Mall. Originally managed by Graeme Campbell and currently by Tony Sanders, assisted by Dawn Hohls, this little office has become a highly successful and profitable enterprise.

In 2002, Natal Property Consultants purchased the old Waltdorf Tea Room site in Chief Albert Luthuli Street (Commercial Road), moving during November 2003 into their newly-built offices known as “Property House”. With its Rental Department and Body Corporate Division continuing to show enormous growth the company outgrew their office in no time at all. This growth lead to the need for requiring more office space, the partners then made the decision to purchase Sirol House next door to Property House.

This building, totally refurbished and now fully let to various shops and offices, also provides much needed space for the Company’s Administrative Division and the Body Corporate Department. The building has been renamed “Campbell House” after the Founder and former Chairman, Monty Campbell.

Today, all three divisions are highly successful in their own right. The Rental Department, managed by Alice Bearpark, under the Directorship of Koen Gouweloos, administers in the region of 1 100 houses and flats in the city; the Body Corporate Division, managed by

Lewis Nel under the Directorship of Paul Campbell, manages more than 100 buildings and complexes; while the dynamic Sales Team, managed by Bruce Campbell, also Chief Executive Officer of the Company, is a highly motivated and successful selling unit. More recently, a third generation Campbell, Paul who joined the business in 2001, appointed Marketing Manager in 2007, has been tasked with the role of opening Natal Property Consultants latest venture into the Cascades Centre.

This is a move based on the highly successful office the company runs in the Hayfields Mall. When asked about the opening of the new branch Paul Campbell says “It’s with great excitement that we open this branch. As a Born and Bred Maritzburg company, we want to make sure we are offering our clients the highest level of service at all times. We believe this office will assist us in achieving our goal of better serving our clients in the Northern Suburbs” He goes on to say “We have a phrase we use in our advertising here at Natal Property Consultants, which I believe to be so true. The saying goes “_ *Maritzburg, Our Heritage, Your Home”*_ We consider our company to be one that has grown with the Residents of Pietermaritzburg, and we will continue to grow with them in years to come.”

When asked about the most important requisites of a successful estate agency, the Chief Executive Officer, Bruce Campbell, replied: “Service and Integrity. Our Company has always maintained our membership and the Code of Ethics of the Institute of Estate Agents of S.A., with a view to upholding the highest standards of integrity, but the secret is to meticulously select a sales team who will at all times individually dedicate themselves to genuinely working in the interests of the client. This way your clients will always return to do further business.”

For any enquiries please email info@natalproperty.co.za