The most in-demand areas on Private Property for April 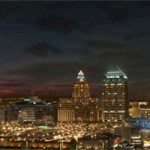 Gauteng and the Western Cape once again dominate the list of in-demand areas on Private Property.

The list below represents the top 10 areas in terms of views per property for April 2015. This shows that these areas have a high demand relative to supply.

Private Property’s data mirrors reports from estate agents in these areas, who have reported stock shortages and rising prices in the past months.

With over 500 views per property, Sandton and Bryanston was the most in-demand area in April.

It was followed closely by Randburg and Northriding, to clinch a 1, 2, 3 for Gauteng.

The Western Cape first makes an appearance on the list with Cape Town’s Southern Suburbs and City Bowl in 4th and 5th place respectively.

Are you an agent that works in one of these areas? We’d love to hear your take on the demand for property where you work.

Private Property in partnership with Absa brings you the Real Estate Industry Summit (REIS) 2021
The highly anticipated virtual Real Estate Industry Summit, in partnership with Absa, will be taking place on Friday, 29 October 2021 from 9 am to 1 pm.
Private Property survey results
An onsite survey that was run by Private Property has revealed some interesting insights on why browsers visit our site and the local property market. Renters 53% that currently rent are looking to ...
Fastest selling areas on PrivateProperty
An analysis of the time that property spends on the market has revealed the fastest selling areas on PrivateProperty. The area in which property is sold the fastest is Pretoria where a property is ...
Browse the Advice Centre