A guide to the area and property in Paulshof

Learn about what it's like to live in the homely neighbourhood of Paulshof, Johannesburg.

There are very few suburbs, if any, in Johannesburg that are small yet as homely as Paulshof. You can drive through each street and explore the area within an hour. The friendly green suburb dubbed “the garden village of the north”, Paulshof is nestled between Sunninghill, Lonehill, Bryanston and the Leeuwkop Estate.

Its close proximity to major roads and the N1 highway allows for easy access in and out of the suburb. Although its price growth lags behind neighbouring Lonehill, Bryanston and Sunninghill, this established suburb attracts buyers who stay on through various phases of their lives.

Dudu Msomi, a young professional, bought her home in Paulshof at a time when being in the midst of the buzz in the City of Gold meant being within a 3km to 5km radius of Sandton City. Ten years on, however, she says Paulshof is still very much her home. For her, its appeal is the Rietfontein Nature Reserve, as she is an outdoors person. The recently revamped 25ha indigenous green space gives visitors a sense of being out in the country without leaving the city. “I love my mall, Cambridge Crossing Shopping Centre, as it acts as a central meeting point, and, to top it all, the lush, tree-filled neighbourhood is ideal for leisurely walks and running,” she says.

Paulshof is home to St Peter’s Boys Prep School – one of the most highly regarded private preparatory schools in the country. The suburb also has the FreeMe Wildlife Rehabilitation Centre – a facility specialising in the rescue and rehabilitation of indigenous wildlife.

Take a trip through Fourways in this fantastic video tour: 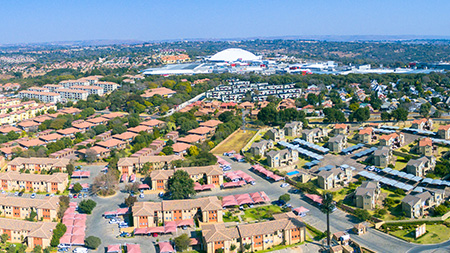