How has DurbanNorth changed over the last five years?

It’s one of the few prized northern suburbs to remain a prime residential one without the commercial growth which now surrounds most areas. Its long-standing reputation as a family suburb is further entrenched with a broad range of superb schooling options, appealing retail and a Florida-style restaurant zone, and with the constant upgrading of homes, the suburb has grown significantly in stature, and property values have escalated substantially. Durban North now offers prime, peaceful real estate – often with views – and has easy accessibility to the bright lights, international airport and northern commercial hubs, but not on your street.

Who is buying property in Durban North, and what types of properties are available?

Buyers are mostly upper middle-class families who want their children to go to good schools, usually not first-time buyers. The types of properties available are mostly middle to large freehold homes with some very large, upmarket freeholds in the top price range, and some sectional-title units. As Durban North is quite an old suburb, many homes have a lot of character and the charm of wooden floors and older architectural features. However, many have been upgraded to varying degrees. Durban North is often a source of project homes for those who enjoy turning an old, ugly duckling into a princess.

Durban North is an amazing place. I live here, which I think helps a lot for selling in the area. There are a lot of wonderful schools, plus there are lovely shopping precincts that are really close by. Everything else in general is just a stone’s throw away from where you live in the suburb. Durban North is really close to the metropolis of Gateway, and only five minutes from the city centre and the rugby stadium, so it's just been an incredibly convenient place and a fantastic place for families to grow up in. Durban North is also becoming a sought-after place to retire and for people from other provinces to relocate to. It has the convenience factor, great weather and a fantastic way of life.

Ballito area and property guide
A small-town feel combined with all the amenities of a much bigger place, make Ballito one of KZN's most rapidly developing areas.
Hermanus and Hemel-en-Aarde Valley area and property guide
The natural beauty of the Hemel-en-Aarde Valley and Hermanus has traditionally attracted holiday house investors but, its lifestyle estates are now also attracting young professionals.
Suburb focus on Kirstenhof
Sandwiched between the final stretch of the M3 and Tokai Main Road, Kirstenhof is a hidden gem of a suburb much sought after by families. 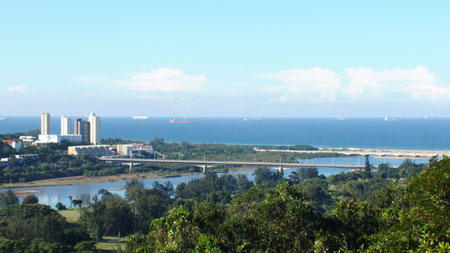