Entrepreneur and restaurateur, Larry Hodes, tells us about his neighbourhood, the Joburg suburb of Lyndhurst.

The established, old suburb of Lyndhurst has seen an influx of buyers lately. Set on large stands, some homes in the area have appealing features such as fireplaces, boreholes and spacious staff accommodation. Estate agents say demand for freehold and sectional title properties in the area is increasing.

Larry Hodes, coach, entrepreneur, restaurateur and trainer, has lived in Lyndhurst since 2002 with his wife, Annie, and children, Samuel and Sophie.

“Lyndhurst has spacious homes. We live on a sizable piece of land, so we have incredible space for everyone to enjoy,” says Larry.

Larry chose to settle in Lyndhurst because it has good schools, shopping malls and hospitals, among other amenities. He says properties in the suburb offer good value for money.

Larry has been in the hospitality industry for more than 25 years. Passionate about learning and the development of his staff, he hopes to get his book, Table for Success, published this year.

He says getting around in Lyndhurst is easy because his home is close to the highways, major roads and the OR Tambo International Airport. The area is also well serviced by public transport.

Estate agents say Lyndhurst has become increasingly popular with young families who choose to put down roots in the suburb.

I love Lyndhurst because it’s conveniently located close to highways and major roads, and it’s an ideal place to raise a family

Where to eat in Lyndhurst:

Honeydew property and neighbourhood guide
This neighbourhood in the north of Johannesburg is sought after for its property and lifestyle. A local resident tells us what makes this Roodepoort suburb great.
What it’s like living in Vredehoek, Cape Town
Radio talk show host, Renaldo Schwarp, tells us about his City Bowl neighbourhood
Suburb focus on Mill Park in Port Elizabeth
The older, established suburb of Mill Park in PE offers character, charm and family friendly convenience.
Umhlanga, Umdloti and Ballito in focus
These coastal towns in KZN each have unique attractions that appeal to permanent residents and visitors alike. 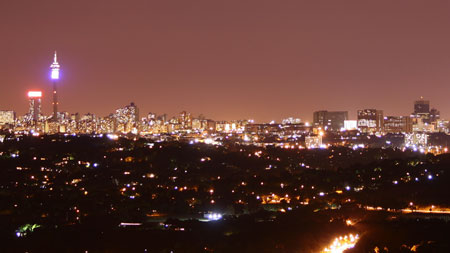 The Johannesburg CBD encompasses a vast area, ranging from the affluent areas like Linksfield, to more affordable areas like Hillbrow and Bruma. After years of being seen as a no-go area by many, the city centre has bounced back to being in demand again. A massive urban regeneration project has seen money pumped into the area and occupancy is up and crime is down - a sure sign that it's working. The Maboneng precinct, for instance, now attracts a hip, arty crowd to its bars, restaurants, shops and art galleries.
Browse the Advice Centre