Many people think of Pietermaritzburg as Durban’s little sister, but the city is far more than just a sidekick to the coastal cosmopolitan metro. This capital city of KwaZulu-Natal was established in 1838 and is home to a heart that’s surrounded by history.

Now known as the multi-campus University of KwaZulu-Natal, the very first establishment of this academic institution took place in Pietermaritzburg. Founded as the Natal University College in 1910, and later expanding to a Durban campus in 1931, this university had a huge impact on the city’s evolution, creating a town that centred itself on education – much like Grahamstown in the Eastern Cape. Yet, although Pietermaritzburg is also an important industrial hub, the city remains small, with fewer than a million inhabitants calling it home.

Dr Noleen Loubser (PhD, Psychology), a Pietermaritzburg resident, tells us why she enjoys living in the city: “Pietermaritzburg is peaceful and quiet, and has a good balance between ‘city’ and ‘country’. The distances to get to places are generally quite small, making it a convenient place to live.”

Where it all begins and ends

If you’re a Comrades Marathon runner, you’ll know the city of Pietermaritzburg quite well, because it’s here that the great race either begins (down run) or ends (up run). The Dusi Canoe Marathon also begins in Pietermaritzburg, along with a number of international cycling events. Of course, as every KwaZulu-Natal family knows, the annual Royal Show attracts thousands of visitors each year, serving up a unique blend of agricultural championship events and fun entertainment.

Everything you need in a little city

Conveniently situated just a 45-minute drive away from Durban, and with the picturesque Midlands just a short drive away from it, Pietermaritzburg is a popular stop for road trippers and day visitors too. If you’re making the journey from Durban to Johannesburg, a stop in the city is almost obligatory.

But it’s more than just a stopover joint, with retail stores and shopping centres aplenty. Located just off the N3 highway, you’ll find the Liberty Midlands Mall, a large and diverse retail mall that has everything you need under one roof. With more than 160 shops to choose from, it’s easy to see why every Pietermaritzburg resident pops in here for their retail therapy.

Get in touch with nature

If you’re not off exploring the city’s historical sites, head to the KwaZulu-Natal National Botanical Garden for a picnic or head to Camperdown to visit the Natal Zoological Gardens. There’s also the African Bird of Prey Sanctuary to visit, or take a day trip to the gorgeous Tala Private Game Reserve.

A day of feasting in Pietermaritzburg

It’s said that the best way to a man’s heart is through his stomach, but we think you might like to get to know this city through its food. Start your day by sampling the Baker’s Table at Sagewood Cafe for breakfast. Pop in for tea at Rosehurst Garden on Boom Street and later settle in for a lazy lunch at The Fat Aubergine. And for dinner, head to Trafford’s for homegrown cuisine that’s made with heart.

The monthly bond repayment to purchase a typical property in Pietermaritzburg, namely a three-bedroom house, with the median asking price of R1,15m is R10,719 per month over 20 years at prime of 9,5% with no deposit.

Take a tour of Pietermaritzburg here:

Hermanus area and property guide
Charming Hermanus offers a coastal lifestyle and a host of activities and events for both permanent residents and visitors.
Suburb focus on Parkhurst
The picturesque avenues, the street cafe culture and the tight-knit community are what make Parkhurst an ideal choice for young professionals and families
Lindt high tea - A decadent affair
The Lindt high tea at Michelangelo’s Piccolo Mondo in Sandton was a lavish event.
Christmas in the Cape this June
Christmas comes once a year – unless you visit Tulbagh on 25 and 26 June for a festive winter weekend with all the trimmings. 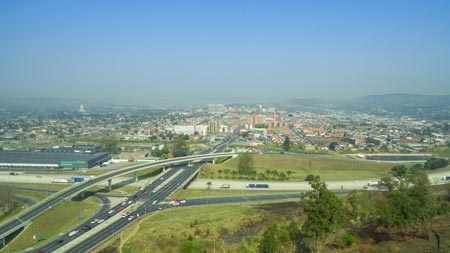 Pietermaritzburg, set amidst the rolling countryside of the Natal Midlands, is one of the best preserved Victorian cities in the world. It's a deeply historical city, characterised by museums and historical routes. Pietermaritzburg is the capital and second largest city in the province. The city is well served with transport links and is conveniently situated between Durban and Johannesburg. It's a thriving modern capital that has carried its history fully into the present. This area has the most comprehensive education centre in the country. Beyond the city limits, the Victorian inspired streets give way to beautiful countryside, characterised by rivers, farms and nature reserves.
Browse the Advice Centre