Look beyond the coal export terminals and you’ll find a town with spectacular wetland scenery, unspoilt beaches, great weather and a fantastic lifestyle.

Situated on the 30km2 lagoon of the Mhlathuze River, giving it one of the country’s largest harbours, Richards Bay lies almost halfway between Durban and Kosi Bay. Richards Bay’s port, which was established about 40 years ago, transformed the town from a small fishing village into a dynamic industrial city. With one of the largest coal export terminals in the world, the town is often overlooked by visitors who simply bypass it en route further north.

However, with easy access to the N2 and many pleasant surprises, Richards Bay is increasingly becoming a popular holiday destination, especially for visitors from Gauteng, due to its relative proximity, year-round summer climate, warm waters, beautiful scenery and many leisure offerings.

Despite its mining operations, Richards Bay has some of the most spectacular wetland scenery and unspoilt beaches on the KwaZulu-Natal North Coast. Its sandbanks, mudflats, extensive mangroves, freshwater pans and forest areas are treasured by nature lovers and birders alike. “The things we love most about Richards Bay are the beaches, the water sports (swimming, surfing, paddling and fishing) and the fabulous game reserves on our doorstep as well as the year-round climate,” says resident Elaine Chetty.

Tourism doesn’t stop with the natural offerings. Richards Bay has long marketed its niche by offering tours of industrial plants, mines and other operations to business and leisure visitors. Food and accommodation are of a high standard and the Tuzi Gazi Waterfront is sure to impress.

For those who live in Richards Bay, and don’t have to deal with the stresses of big city life, the general consensus is: “We’re not leaving anytime soon!” Property prices have appreciated over the last decade, with an average increase of about 8% over the last five years. The oldest part of town, Meerensee, is the highest-priced residential suburb in Richards Bay and is always popular, but other areas also other good investment opportunities close to good schools, shops and the CBD.

Although some of the projects planned for the port are not materialising as quickly as hoped, there is talk of a new dry dock facility, a new container terminal and a liquefied petroleum gas terminal. Residents say the Richards Bay Industrial Development Zone is bringing much-needed industry into the town.

We love the lifestyle that coastal living offers. Richards Bay is big enough to cater for all our needs and small enough to not have big city issues like traffic congestion.

Where to eat in Richards Bay:

Things to do in Richards Bay:

The largest shopping centre in northern KwaZulu-Natal, Boardwalk lnkwazi Shopping Centre, is located in the heart of Richards Bay and spans over 65,000m2. A landmark retail and leisure experience in the King Cetshwayo District, the mall opened in 1994, at about half its current size. It now comprises 85% national brands, more than 150 stores and offers a full range of fashion, footwear, sportswear, gifts, home decor, cellular and electronic services, health and beauty, luggage, stationery, bookshops, restaurants, fast food outlets and banking. Anchored by all of South Africa’s major retailers, including Pick n Pay, Checkers, Woolworths and Ster-Kinekor, the centre also has ample parking, facilities for the disabled and 24-hour security.

Suburb focus on Parkhurst
The picturesque avenues, the street cafe culture and the tight-knit community are what make Parkhurst an ideal choice for young professionals and families
Hermanus area and property guide
Charming Hermanus offers a coastal lifestyle and a host of activities and events for both permanent residents and visitors.
Christmas in the Cape this June
Christmas comes once a year – unless you visit Tulbagh on 25 and 26 June for a festive winter weekend with all the trimmings.
Lindt high tea - A decadent affair
The Lindt high tea at Michelangelo’s Piccolo Mondo in Sandton was a lavish event. 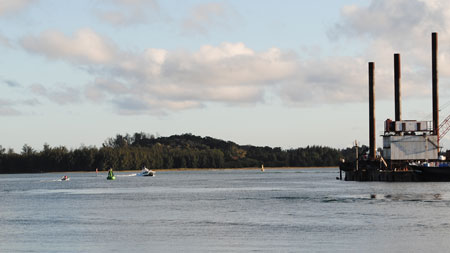 The town of Richards Bay is a progressive seaport town located in an attractive environment. This town is vibrant and fast becoming the north coast holiday destination, offering spectacular scenery and unspoilt beaches. Residents of this town can enjoy a summer climate all year round. Richards Bay business centre has modern facilities and excellent recreational activities for residents and visitors alike. A popular beach in Richards Bay is the one and only Alkantstrand blue flag beach. Surfers and bathers flock to Alkantstrand Beach to enjoy the waves and the view surrounding this stunning area.
Browse the Advice Centre