Once a tranquil small town beloved of families and retirees, Somerset West is growing rapidly, attracting new residents from afar thanks to its spectacular views, location in the winelands and mountainous backdrop.

Soaking up the panoramic views over False Bay from the higher reaches of Somerset West’s leafy streets, with the protective curve of the Heldeberg Mountains at your back, it’s easy to see why the area attracts so many affluent residents. With the fynbos covered winelands to one side and the golden beaches at Strand close by, Somerset West offers a lifestyle second to none. 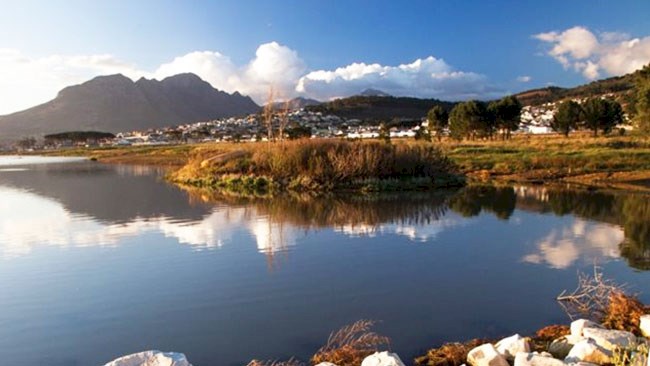 Older residents remember a time not long ago when Somerset West was a small peaceful town. “We talked about going down to the village, meaning Main Street; now it’s a bustling town centre,” smiles Freya Brett, co-ordinator of eco-schools at the Helderberg Nature Reserve. “But we still feel as though we are in the middle of nature here; there are lots of mountain hikes, a very popular bird club and the conservation group, Friends of Heldeberg Nature Reserve is extremely active.” Locals flock to the reserve for picnics and sunset concerts in summer, and there is easy access to hiking, fynbos, great views and birding.

While Somerset West has retained its small town feel and friendly atmosphere, it has grown immensely over the last two decades, with newcomers relocating from elsewhere in South Africa and abroad, with the result that charming historic wine estates such as Vergelegen and Lourensford are now situated practically within the town.

Traditionally the most desirable areas to live in were located on the higher slopes of the town above the Main Street and while this is still the case – after all, who would say no to the incredible views from prestigious established suburbs such as Spanish Farm? – many newer gated developments are filling in the gaps on the lower slopes closer to the N2, offering secure country living as an incentive and creating space for upmarket new schools. In 2016 a Curro School is set to open in the new Sitari Estate on the northern side of town, and a Reddam House School is planned for the Somerset Lakes Estate to the south.

Not that good schools were previously in short supply in the town. Residents are proud of their excellent schools, both public and private, and families moving to Somerset West often choose where to live according to the school catchment area, especially if they want their children to attend the extremely popular public primary schools, Beaumont and de Hoop, or Parel Vallei High. Somerset College and Somerset House are prestigious private options, and some learners bus to nearby Stellenbosch to attend high school at respected single-sex public schools Rhenish Girls High and Paul Roos Gymnasium.

I love that this is a great place to raise kids. It has good schools, beaches, parks and mountains

“I love that this is a great place to raise kids,” says Henrique Wilding, who has lived in Somerset West all her life. “It has good schools, beaches, parks and mountains. There’s a strong sense of community and it has its own separate identity, yet on a good traffic day I can get into Cape Town in 35 minutes.”

There’s plenty to do locally without having to head to Cape Town, from a wide selection of clubs and afterschool activities such as ballet, sports and community theatre, to the town’s own Playhouse, which hosts lively community theatre and dance groups.

For shopping, the small but chic Waterstone Mall is a favourite with many for the flagship Woolworths food store located there – it’s rumoured to be the largest in the country – while the vast Somerset Mall boasts every store imaginable along its 3km length, and the excellent Spar in Main Street is the place to find unusual ingredients. Lourensford hosts a rustic Sunday harvest market, then there’s the Country craft market at Southey’s Vines in summer.

Another treasure beloved by locals, but off the tourist map, is Radloff Park on the banks of the Lourens River. “It’s a great place for walking your dog, or for kids to ride bicycles, fly kites, or try out their radio controlled cars,” says Henrique. “There’s also the Somerset West Cricket Club, Radloff Park Squash Club and various other sports facilities, which makes it a real focus for local families.”

For a sense of small town community, big city convenience and the pleasures of the winelands on tap, Somerset West has an unbeatable recipe for living. The mesmerising views from Gordon’s Bay to Simon’s Town lighthouse and the panoramic mountain backdrop are simply the icing on the cake. 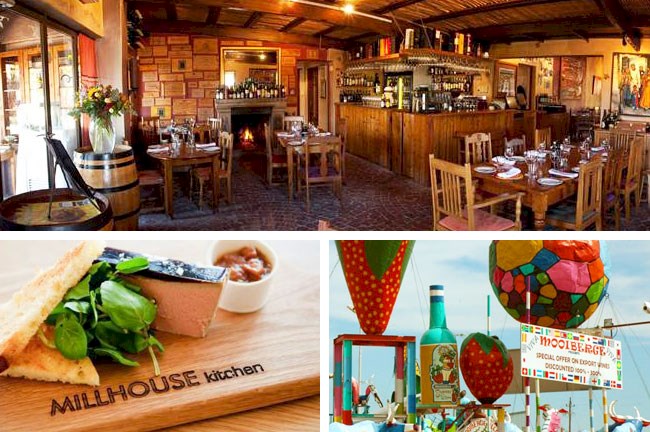 More things to do…

The three-bedroom house is the most commonly found property for sale in Somerset West.

There is a great deal of interest in properties for sale and to rent in Somerset West on the Private Property website.

Somerset West homes receive 2.5% of the interest and 3% more views per listing than properties elsewhere in the Western Cape.

Get to know the Somerset West Neighbourhood on Private Property.

Spotlight on Pretoria East
Pretoria East comprises about 60 suburbs and offers a diverse, comfortable and relaxed lifestyle to suit any number of styles and tastes.
Spotlight on Durban Central, the Berea and Durban North
Durban’s laid-back lifestyle, matched by its wide variety of suburbs, makes it an attractive place to live
Spotlight on Claremont
Excellent schools, a central location, neighbourhood parks and lots of coffee shops – Claremont ticks all the boxes. 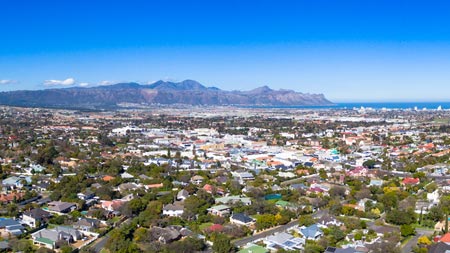 Somerset West living is blissful and peaceful, leaving residents with a feeling of security and relaxation while enjoying breathtaking views of the Helderberg mountains surrounding the area. This area has a close-knit community that does not take their surroundings for granted. Great for families, with a variety of activities for all ages.
Browse the Advice Centre