Prominent social cohesion advocate and anti-crime ambassador, Yusuf Abramjee, says after 20 years of living in Erasmia in Centurion he is still passionate about Erasmia and its people.

Acclaimed social cohesion advocate and anti-crime activist, Yusuf Abramjee, is also at the forefront of a number of humanitarian fund-raising initiatives. A teacher by training and a journalist by profession, this former head of news and current affairs at Primedia Broadcasting, moved into the suburb of Erasmia some 20 years ago. Being actively involved in this community, Yusuf shares his views about Erasmia.

“I purchased a newly built house and over the years invested time and money to make it more comfortable. It is a rather big stand (1,750m2) on the upper side of Erasmia also known as Christoburg.”

Erasmia is a middle/higher-income group area linking up to Laudium where Yusuf used to live with his parents. He chose Erasmia to live in “because the family are all close by. I have become used to this area and it has easy access onto all major routes to both Pretoria and Johannesburg. Over recent years, the two major roads (R55 and R511) were upgraded by the Gauteng Provincial Government to the delight of local residents.”

The initiatives he is involved in, his work as a consultant and enthusiasm for community service, take up much of his time. “There is no day the same. I constantly get calls from people across the country wanting assistance or advice. I often attend urgent meetings and re-schedule my diary to accommodate urgent issues.”

Yusuf enjoys returning home to the quiet neighbourhood of Erasmia to spend valuable time with his family.

“Apart from a few housing complexes developed recently and a police station still under construction, there are no major developments disturbing the peace.” One of Yusuf’s favourite places to visit is the mosque on the border of Erasmia and Laudium. “Places of worship always provide peace and tranquillity.”

Yusuf says Erasmia’s people form a close-knit community. “Residents live in harmony, side by side, irrespective of race, colour or creed. It is a rather peaceful community, but we've had our fair share of crime, like every other neighbourhood. Recently, security has been stepped up in the area.

“Community involvement in one’s neighbourhood is critical,” says Yusuf. “Every resident forms part of the community and we must all become active citizens. I am a passionate South African and I am determined to make a difference. As much as we criticise, condemn and point fingers, ask yourself: what can I do to make my suburb, my province, my country, my continent and my world better?”

Residents live in harmony, side by side, irrespective of race, colour or creed.

Take a trip through Centurion here:

What do you love about Erasmia?

I love Erasmia’s convenient location. It offers residents the benefit of living in a quiet neighbourhood away from the urban rush, but it is close enough to easily access the commercial hubs of Gauteng when necessary. Erasmia is about 30km from the tourism-rich Hartbeespoort Dam area which is ideal for a relaxing day/weekend getaway. This beautiful suburb offers great family living with schools and all other amenities.

What are the best things about the area for families?

This established suburb offers several property investment options and provides an ideal starting opportunity for first-time buyers and new families. The properties generally have spacious lawns and big houses. Erasmia also boasts several locally owned family businesses. Residents can enjoy a number of nearby recreational facilities, such as Zwartkops Raceway and Copperleaf Golf and Country Club as well as all facilities the greater Centurion has on offer.

Erasmia is a lovely neighbourhood with friendly residents from various cultural backgrounds. The suburb has a number of public and private schools enabling school learners to attend a school of their choice in the neighbourhood they live in. There are several restaurants, offering a variety of good food. Erasmia is a short distance from the central business districts of Centurion and Pretoria and the N14 highway.

Spotlight on Claremont
Excellent schools, a central location, neighbourhood parks and lots of coffee shops – Claremont ticks all the boxes.
Spotlight on Hillcrest
Situated on the ridge of a main road that runs from Durban to Pietermaritzburg, Hillcrest has become far more than the sleepy hollow it once was.
Rietvalleirand area and property guide
Outstanding estates that offer an excellent lifestyle have led to high demand in this laid back area.
Spotlight on Amanzimtoti
Looking for a great work-life balance in KwaZulu-Natal? Meet Amanzimtoti. 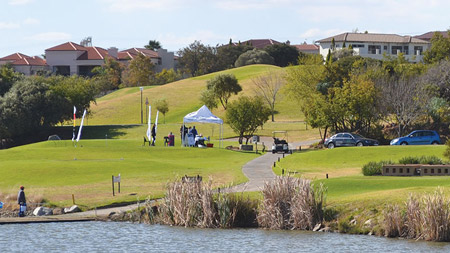 With many estates dotted around the area, the gated village lifestyle is a popular choice. A sense of community and family abounds, and everyone seems to know each other at the local hang-outs. Situated near the N1 highway between Johannesburg and Pretoria, Centurion West offers a country living ambience not far from the big cities. Sparkling lakes and rolling hills make this area a golfer’s paradise. It’s a great outdoorsy way of life, with all the comforts of a city life.
Browse the Advice Centre