Things to do in Cape Town

Cape Town was recently named one of the top cities to travel to in 2015 by Travel & Leisure Magazine.

The accolade is but one of many similarly orientated rankings which place Cape Town at or near the top of many traveller’s bucket lists. The following are just a few of the reasons why:

The Dutch arrived in Cape Town in 1652 to establish a halfway station for passing ships. Within a few short years the colony grew and formal buildings were constructed. Many of the buildings constructed during this period were built by Dutch farmers which gave rise to the region’s beautiful and distinctive Cape Dutch style. Features of the style, many examples of which can be found throughout the wine lands, include gables and thatch roofs.

Throughout the years Cape Town has adopted various architectural styles. Beautiful examples of Victorian and Romanesque architecture can be seen in Stellenbosch, the city’s modern centre is punctuated by Art Nouveau elements, the city hall is fashioned in the Italian Renaissance style and ultra-modern apartments festoon the roads lining Camps Bay. In short, Cape Town is an architectural mecca which reflects its diverse past and colourful present. 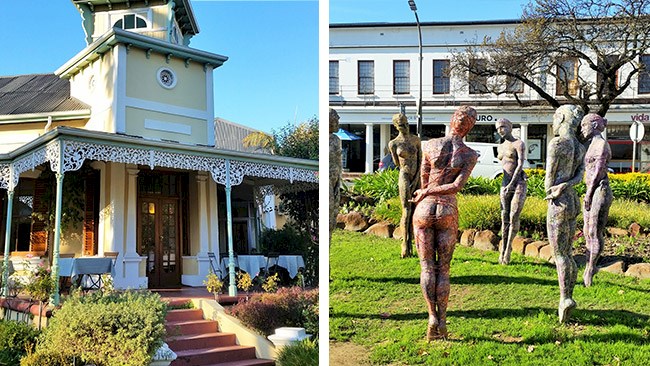 Stunning natural attractions & things to do in Cape Town:

Where to start? Cape Town is blessed with an abundance of natural attractions which keep visitors coming back for more. Some of the major attractions include Table Mountain, Kirstenbosch Gardens, Signal Hill, Lions Head, Chapman’s Peak, Cape Point, Cape Aghulas the Cape Floral Kingdom, Boulders Beach and Storms River Mouth just to name a few. Outdoor activities include walking, hiking, swimming, diving, paragliding, ballooning, fishing, cycling, horse riding, kayaking, surfing and river rafting amongst others. In other words, lovers of the outdoors and outdoor activities are spoilt for choice in Cape Town.

Over the years, Cape Town has become something of a gourmet hub thanks in large part to its diverse history. Cultures and cuisines have combined to create award winning menus which regularly blow locals and visitors alike away. Italian, Malay, French, Portuguese and even Greek influences pop up at many of the city’s restaurants which range from sleek and expensive to casual and cheap as chips. Of course a meal in Cape Town wouldn’t be the same without a glass of wine from one of Cape Town’s famous vineyards. My personal favourite restaurant in Cape Town? Willoughby & Co which serves the best sushi around. 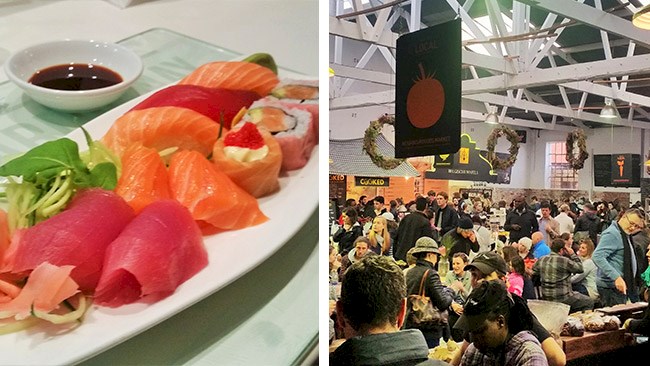 A plethora of cultural attractions:

Cultural fundis are also spoilt for choice in Cape Town. Attractions under this banner include, amongst many others, art galleries and museums aplenty, the Amy Biehl Memorial, the colourful Bo-Kaap, the Buyel’Embo village, the Cape Town holocaust centre, Church Square, Josephine Mill, Robben Island and Martin Melck House. A recent addition to Cape Town’s cultural scene is The Old Biscuit Mill, a vibrant and dynamic ‘village’ unto itself in the heart of Woodstock which is well worth a visit.

Cape Town is a wonderful city. Whether you’re visiting the area for business or pleasure, have money to burn or are travelling on a shoestring budget there really is something for everyone whether fun or romantic. It’s generally well-run, accessible, there’s plenty to see and do and the people are generally friendly and helpful. Of course as is the case with every city, it’s wise to keep your wits about you and keep an eye on your belongings wherever you go.

Eating Out Food Out and About Area Info Activities

A taste of China in Gauteng
Experience authentic Chinese food at one of these oriental hotspots in Johannesburg.
Sunninghill suburb focus
People who call Sunninghill home love its strong sense of community, its security and beautiful surroundings.
Experience the French chic of Yumcious Café
Jenny Morris’s sparkly new cafe in the Cape Quarter promises down-to-earth flavours and airy elegance.
New bites in Pretoria
Experience delicious meals at some of Pretoria’s exciting new restaurants. 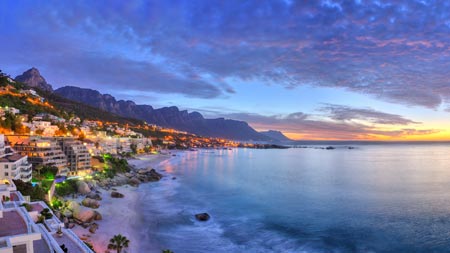 Living in the Atlantic Seaboard is the perfect culmination of all things great. The Atlantic Seaboard is comfortably wrapped between the coastline and the mountains. It is an exclusive area with beautiful homes on the mountain, allowing for incredible sea views. Waking up to the fresh smell of the ocean and going for a run along the promenade is standard practice among residents in these areas. It is close to the city centre, with easy access to the national highways, and right on the beachfront.
Cape Town City Bowl
Hip and Happening Hotspot