Royston Hall, an elegant and historic Victorian manor house in a prime location on the KZN South Coast is being sold with all furniture and fittings.

With the KwaZulu-Natal South Coast identified as the third most visited destination by foreign tourists, and the fifth most visited among domestic tourists (in a collaborative study by Tourism KZN and the Ugu South Coast Tourism, June 2016), the opportunity to acquire an authentic and historic country Manor, Royston Hall, set in the heart of pristine coastal forest in Umtentweni and ideal as a formal guesthouse or boutique hotel, is bound to arouse interest among potential buyers. Says John Choles, Pam Golding Properties agent in Umtentweni: “Tourism is an important economic contributor for any country and its various destinations, and in this South Coast region, which stretches from Umkomaas to Port Edward, incorporating 115km of pristine coastline and with no less than seven Blue Flag beaches, the presence of both domestic and international visitors plays an important role – both directly and indirectly – in contributing to our local economy, and also in promoting the region’s numerous attractions.

“Most of our domestic visitors in this area come from the rest of KwaZulu-Natal, Gauteng, the Free State and Mpumalanga, and internationally from the UK, Germany and European Union countries.” The study goes on to say that the average length of stay of a domestic tourist in KZN is between five days and a week, with the purpose for many being visiting family and friends, while Choles adds that along the South Coast foreigners tend to stay for about three to five days but with many coming for months at a time to enjoy the beaches and golf. 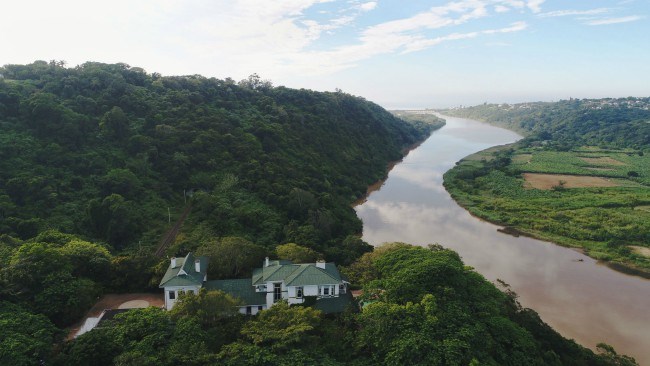 “School holidays and long weekends are busy times. There are so many activities on hand, including top class golf courses such as San Lameer and Selborne Park, nature reserves such as Oribi Gorge and Lake Eland Game Reserve, numerous diving spots, plus a host of adventure and sports activities. These include Africa Bike Week, The Sardine Run and its and associated events, Absa Easter Festival, Joburg2c and Sani2c – both finishing in Scottburgh, Hibiscus Coast Marathon, Ugu Jazz Festival and Margate Beach Festival.” 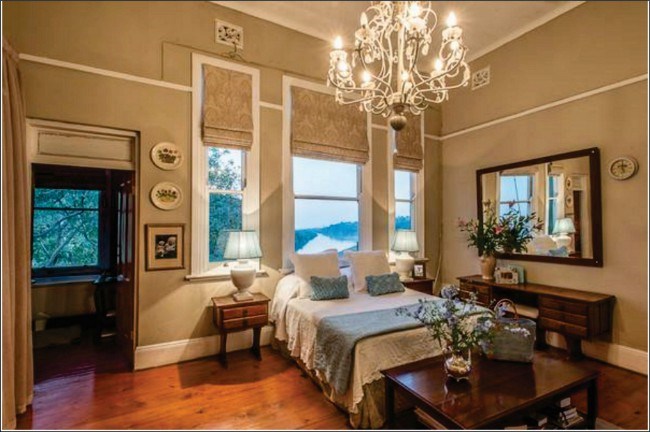 “Priced at R8.9 million (including furniture and fittings except for selected personal items and heirlooms), this elegant and extensively restored property is prime located overlooking the Umzimkulu River – complete with clawless otters and sea turtles and within a tranquil setting with meandering forest trails and prolific birdlife.”

Built circa 1897 the 828sqm, listed Victorian manor house is in immaculate condition with the original wooden flooring and staircase as well as leaded glass featuring in some windows and doors, making it a memorable destination for visitors. 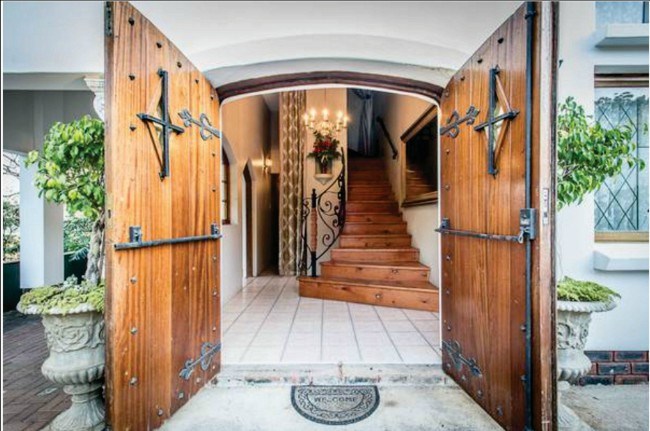 The rooms have exceptional views either over the ocean, river or forests, particularly impressive at sunrise and sunset. The small Private Nature Reserve is teeming with indigenous flora and fauna and a sanctuary for de-stressing – with nature trails and the distinctive cry of the Fish Eagle overhead.

Of benefit is that existing staff can stay on. Additional units might be built in the valleys with special permission.

Interestingly, a railway line runs in a tunnel underneath Royston Hall, with a freight train transporting lime from a quarry in Oribi Flats to Natal Portland Cement factory in Durban about four times a week. The guests love it as an added attraction, adds Choles.

The manor house was built by Captain John Henry Hitchens of the Curry Shipping Line who commissioned it as a weekend beach cottage for his first wife, who rejected it as being too far from the beach and too much of a responsibility in addition to their home in Durban.

The property was later owned by and named after the enigmatic and colourful Brigadier General John Robinson Royston – aka ‘Galloping Jack’, a soldier and farmer who owned Royston’s Trading Store - and remained in the possession of his family for some 41 years.

An accomplished Jazz musician, Royston, who was widowed, and his second wife, Mildred, known for her singing and dancing abilities, entertained lavishly at what later became known as Royston Hall.

Renewed focus on tourism a big boost for Klein Karoo property
The announcement by President Cyril Ramaphosa in his SONA address that tourism is one of the key focus areas for economic growth is excellent news for areas such as the Klein Karoo and surrounds
Gauteng remains the hotspot for first-time buyers
First-time home buying weakened nationally in the first three months of 2018, but there were big differences regionally, with Gauteng outperforming other regions significantly.
Industrial masterpiece in Irene listed for R9m
A multifunctional home that has been used as the backdrop of many high profile productions and events has recently been listed with Seeff Centurion for just over R9 million.
Bantry Bay’s residential market improves
The property market in this exclusive suburb struggled last year in the face of economic and political instability, but has picked up again this year.
Browse the Advice Centre