Thousands of residential units are expected to be built in the Gauteng suburbs this year.

If Council has their way and all goes according to plan, Linbro Park could have up to sixteen thousand residential units on offer by the end of the year, says David Ingle, Seeff’s MD in Edenvale and Bedfordview. “Residential and agricultural plots in Linbro Park, measuring between one and two hectares each, have doubled in value and property prices indicate a 300% increase over the past decade.

When joined to Century City in the North, development in Linbro Park coupled with activity in Modderfontein, has the ability to become the central spine of a new modern tech savvy heart of Africa’s powerhouse: Gauteng,” says Ingle.

Ingle continues that development in Linbro Park includes the Meadowview Office Park precinct that is expanding one block to the north with its boundary finishing on Ronald Avenue.

“This should be the final phase of this successful commercial precinct, adding a couple of hundred thousand square metres of warehousing and logistics space to the southern part of Linbro Park. Intaprop have managed this estate well and values have continued to impress.

Balwin Properties are launching two complexes by end of March 2018 along Clulee Road in Linbro Park. The Reed, a complex of approximately 1800 residential units for sale to the public, as well as a second complex called The Clulee (featuring around 1 800 sectional title units) have been presold as rental stock to a listed entity administered by International Housing Solutions (IHS).

“Road and service upgrades in Linbro Park will begin in earnest this year and several new entrances along the K113 from Westlake into Linbro Park are expected to begin construction. Further warehousing opportunities, mainly for rental tenants, are under construction in the Northern Section of Linbro Park around the Gautrain railway line”.

Ingle concludes that some retail and office opportunities are also being explored along Clulee and Oak Avenues in the centre of Linbro. We have also recently sold a Linbro Park property to the Methodist Church of South Africa, it seems that all the elements of a thriving new community are coming together.

A very busy year for Linbro Park lies ahead that will create massive opportunities on residential, commercial and retail front.”

Ingle says in Modderfontein the new Busamed Hospital in Longlake, on Marlboro Drive, is now in full operation. “Zendai, who bought from Heartland several years back, have recently sold their landholding to M&T Developments, a strong player in Midrand and Centurion.

M&T Developments have recently launched the successful Fish Eagle View in Longlake consisting of sectional title apartments with one, two or three bedrooms. Additionally they are also ready to launch a new offering in the Westlake area of Modderfontein, called Red Ivory, consisting of one to three bedroom units”.

Ingle concludes that Modderfontein is set to eventually accommodate around 30 000 residential units.

“The future town centre (Modderfontein New City) along with the much anticipated Modderfontein Gautrain station is highlights to look out for. The general area is in desperate need of suitable schooling facilities to cater for the needs of the influx of new families and hopefully this will also be accommodated in the near future”.

Woodstock becoming the definition of urban chic
The conversion of the Old Biscuit Mill in 2005 marked the beginning of the transformation of Woodstock which has become a trendy and vibrant residential and commercial node
A new home for PwC in KZN
Professional services firm, PwC, has relocated to a new purpose-built building in the Ridgeside Office Park in La Lucia.
Office redevelopment in Bryanston
Knightsbridge Manor office park in Bryanston is undergoing a R79m redevelopment by Emira Property Fund.

Edenvale
Peace and quiet close to the city 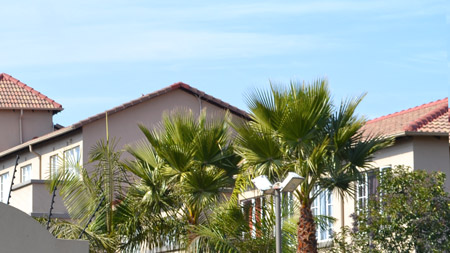 Edenvale offers residents a welcome respite from the busier areas that are close by. The former mining settlement is now a diverse suburb that attracts mainly middle class residents. Locals enjoy the quiet, comfortable lifestyle on offer but if they do crave some excitement, entertainment and amenities are a short drive away.
Browse the Advice Centre