Savvy investors to capitalise on development in Amanzimtoti

Even though opportunities are limited, Amanzimtoti on the South Coast of KZN is fast becoming an investor hot spot.

Gavin Parkins, a commercial and industrial agent at Seeff Amanzimtoti, says the main reason for this is due to the economic boost this town is predicted to receive when building commences of the KZN Automotive Supplier Park (ASP) in Illovo. Completion of this project is predicted as early as August 2022.

“The ASP model has been used with great success in three previous locations in South Africa.

These initiatives resulted in thousands of personnel being relocated from areas across South Africa to create centralised automotive industrial zones servicing the local motor manufacturers.

These developments have not only created massive employment opportunities, but have also impacted the local economies in a very positive way.

“Once completed this 1000 Ha project is anticipated to create more than 25 000 new jobs and also includes the construction of thousands of new affordable homes. Over a five year period it is anticipated that thousands of families will relocate to the area from areas where automotive suppliers are currently situated.

As was experienced in East London, there will be a huge surge in demand for residential housing once the Auto Supplier Park commences operations.

This sudden demand for thousands of homes will certainly have an effect on local property prices that have lagged behind national performance for the past three to five years. Moreover, there is limited supply in the local areas and such a sudden spike in demand will further affect pricing”.

Parkins continues that the Auto Supplier Project in Kingsburgh is expected to roll out over a five to six year period and at completion it is anticipated that the development will enable a doubling of the current production at the local Toyota plant.

“On commencement of the project in the latter half of 2020 developers will be more confident in the potential of a rapid upturn in residential demand and it is advisable than savvy investors try to get their hands on vacant land earlier rather than later, before the inevitable price increases.

Areas to invest in

Investors should turn their focus to areas like Kingsburgh, Warner Beach, Doonside, Amanzimtoti, Illovo and Winklespruit that are the residential suburbs closest to the expected ASP development.

These areas have limited supply, with very limited residential development having been undertaken in the local area over the past 10 years”.

Parkins adds that commercial opportunities in the area include developments such as the Kingsburgh Commercial-Industrial Park, which borders the Phase I section of the Auto Suppliers Park.

“Smaller warehousing units and mini-factories will be in great demand by 2021.

The supply of commercial industrial properties is very limited however and investors should be seeking opportunities now”.

Parkins continues than even though the housing market in Amanzimtoti has seen a period of limited movement over the past three to five years, this is predicted to change when the expected projects take off.

"Over the past years prices in the new residential developments of Amanzimtoti have stagnated and retail development has been the primarily property development in the region.

More recently however there have been noted improvements in the residential market with rising prices and improved demand.

Low levels of residential development have however left a supply shortfall, but hopefully this will be corrected soon".

Parkins concludes that with the planned development the rental market in the areas close to Illovo will undoubtedly be affected by the massive scale of the new commercial industrial developments in the region.

There is already healthy demand in this sector; but is predicted to increase considerably as the massive infrastructure expenditure begins to affect the entire region”.

KZN North Coast: The next big boom area in South Africa
The KZN North Coast is predicted to be the next big boom area in South Africa
Opportunity knocks in Atlantic Seaboard R20M market
With just four sales for this year, the R20 million-plus super luxury Atlantic Seaboard market has fallen to the lowest level in ten years
The average rental costs of South Africa's top cities
How do the rental costs in South Africa’s major cities compare?
KZN property hotspots
The current hotspots in KwaZulu Natal and where to invest in property now.

Amanzimtoti
Unwind by the sweet water 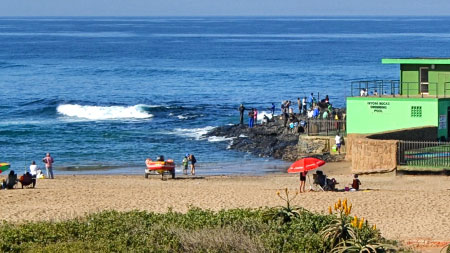 Amanzimtoti, meaning 'the water is sweet' is a laid-back coastal town near Durban. This town attracts the young, old, retired and working class - all for the same reason.. the beach! With the beach being the main attraction in this neighbourhood, surfing, swimming and fishing are the most popular outdoor activities and holiday makers flock here in summer. Life moves a little slower in Amanzimtoti, and many people like to live here and commute to work in Durban.
Browse the Advice Centre