A shortage of suitable stock – especially of freestanding homes priced below R500 000 - is the only factor that is holding back Soweto’s property market at the moment.

Khosi Sibiya and Phindile Mphahlele, Managing Directors at Seeff’s new branch in Soweto, says even though Soweto is sometimes still perceived as an area that offers mainly low cost housing, this is not the case anymore.

“Soweto has 37 suburbs and there are some truly remarkable property opportunities in many of them. Additionally, there is still a lot of opportunity for development which means that property values in Soweto are continuously on the rise.”

Sibiya says Soweto is home to around 40% of the total Johannesburg population and the suburbs within Soweto all have different demographics.

Many entrepreneurial businesses have also taken off in Soweto and have bettered the lifestyle of many residents. This in turn has caused property prices to rise”.

Sibiya says some residents who bought properties in Pimville for less than R200 000 around 20 years ago for example, are now selling them for more than R700 000 - some homes even bordering on the million rand price range.

“Soweto has also become a big tourist attraction and with this property values have increased year-on-year. Completed developments, the upgraded road infrastructure, the Rea Vaya bus system and new commercial infrastructures have all added to making Soweto a place where people want to invest”.

Sibiya continues that they are also witnessing a trend where many middle-aged buyers who started off living in Soweto have since left the area to buy property elsewhere, but now want to return to the property market here.

“Younger buyers are favouring more of the upmarket suburbs like Diepkloof extension 1 and Orlando West where property can cost upwards of R1 million.

The average price range for buyers that are looking to break into the Soweto property market is between R490 000 for a two bedroom and one bathroom unit and R690 000 for a unit with three bedrooms, two bathroom and a carport.

Diepkloof is an upmarket residential township with many beautiful homes and another example of an area that has seen good steady growth with an average selling price of around R750 000. There are also many spectacular homes here with values exceeding well over the million rand mark”.

Protea Glen is another suburb on the move, located north of Lenasia and west of Soweto. The suburb was developed in the 1990's for middle class residents and the big demand for property here has seen property prices increase.

Protea Glen is also the only area close to Soweto where there is still vacant land available, but it is being snapped up quickly by property developers.

New cluster type homes with face brick finishes are being built on vacant land here and prices range from R500 000 to R700 000 for two or three bedroom clusters with one or two bathrooms”.

Sibiya concludes the most prominent townships to keep an eye on with regard to property in Soweto include:

Orlando West due to its proximity to many amenities like Orlando stadium, Vilakazi Street and Orlando Towers.

Pimville due to its proximity to the University of Johannesburg (UJ) Soweto Campus and Chris Hani Baragwanath Hospital.

Jabulani as many developments are in the process of being constructed for purchasing and renting options.

Protea Glen: This is the only area that has land available for new development constructions and there are many such new developments popping up. This has caused an influx of younger buyers to the suburb as they want more modern homes and townhouses to live in.

KZN property hotspots
The current hotspots in KwaZulu Natal and where to invest in property now.
Greater demand for rentals in Cape Town
Tourism, migration and weak economy to boost added demand in Cape Town rental market.
SA’s 10 most expensive suburbs
The most exclusive areas in the country, according to the latest statistics. 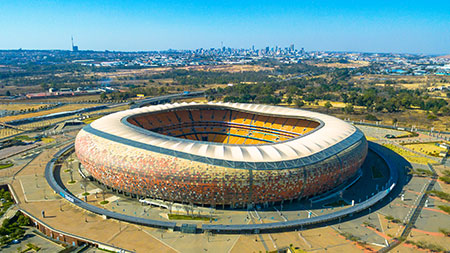 Soweto is a lot bigger than one would envision from a map, and also offers a lot more than meets the eye. The general atmosphere is very welcoming and people are very neighbourly, with a strong sense of community. Soweto has come a long way in the last 20 years, with the improved and expanded public transport infrastructure and better roads. There has been an increase and improvement on amenities like the Baragwanath hospital. The education systems have been expanded - such as the new University of Johannesburg Soweto campus. Property values have greatly increased, resulting in the area having great investment potential.
Browse the Advice Centre