What baby boomers look for in retirement property

The baby boomer generation has precipitated complete shifts in the retirement sector, with an emergent trend being mixed use estates

Award-winning Val de Vie was one of the first to incorporate retirement accommodation into an existing estate with the recent launch of their retirement village, Evergreen.

A major shift in the ageing paradigm has precipitated an equally dramatic transformation in the retirement sector, with modern accommodation options worlds away from the conventional model. “The current retirement market is the baby boomer generation (born between 1946 and 1964) and they are very different from their predecessors who were more traditional and conservative in their general outlook, lifestyle and retirement needs,” says Sandy Geffen, Executive Director of Lew Geffen Sotheby’s International Realty in South Africa.

“Conventional retirement does not cater to their needs at all, as most boomers are now looking to extend their independent lifestyles well into retirement and when they do give up the family home they tend to prefer to move to multi-generational communities, preferably with amenities. “To meet these changing needs, developers in this sector have shifted their focus to create a more holistic offering with an emphasis on lifestyle, wellness and vitality, and this includes hospitality and fitness facilities. And many now accept residents from the age of 55 as a growing number of empty-nesters no longer want the responsibility of large homes and prefer to move just once rather than downsize and move again five or 10 years later.”

Chris Cilliers, Chief Executive and Principal for Lew Geffen Sotheby’s International Realty in the Winelands, says: “The Winelands has become an increasingly popular retirement destination in recent years and we have seen a spike in development in this sector, with most of the new properties being more like lifestyle estates than retirement homes.

“The retirement sector of the market was overlooked and undeveloped for many years but although developers have now recognised the yawning gap in the market, there still remains a notable chasm between demand and supply. This is largely due to the challenge of acquiring suitable large tracts of increasingly scarce land at a reasonable price to ensure the units will not be priced above the general housing market in the area.”

Cilliers says that this has fuelled another emergent trend which caters directly to current retirees needs: mixed-use developments which combine general residential accommodation and a retirement village on one property. One of the first estates to do this was Val de Vie in Paarl with their recent launch of Evergreen within the existing development, and others are now following suit.

“Evergreen was developed as a hospitality model rather than a nursing model like traditional old age Homes. Care and support in the home is assured so that time spent in hospital and frail care is kept to a minimum offering a much better quality of life for the resident. They also have access to all the facilities on the residential estate, which not only means that almost everything they could possibly need is right on their doorstep, it also enables them to regularly interact with people of all ages.”

The growing demand for such properties is clearly evidenced by the fact that Evergreen Val de Vie has already sold a large portion of the first phase release in just a few months. Once complete, the retirement village comprise will 450 houses and 200 apartments.

Another compelling drawcard attracting buyer interest is the fact that Val de Vie’s December installation of a private water purification plant to purify groundwater means that the estate is completely water independent. This not only affords residents the peace of mind of a secured water supply, it also means that the water that would have been used by the estate can now be allocated for other areas in the municipality.

Geffen concludes: “Stats SA’s June report revealed that just over 8% of the population in South Africa is 60 years of age or older and this is expected to start rising exponentially as the baby boomer generation retirees are remaining healthy and active, thus living longer. And with inflation-eroded retirement packages keeping the majority of an aging population from living anywhere but South Africa, demand for lifestyle retirement options is sure to continue to spiral.

New wave of Cape Town semigration
A growing number of Cape Town sellers are moving away from the city in search of a more peaceful life,
Estate agent Q&A on Garsfontein
Estate agents talk about the type of property available in Garsfontein, and why buyers are attracted to this area.
False Bay property market about to start booming
Outdated infrastructure and a lack of amenities has left the False Bay property market at a low, but upcoming upgrades are set to change this in a big way. 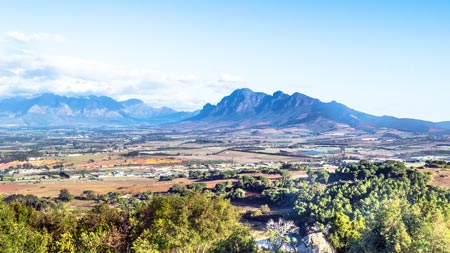