Foodie and social media guru, Jane-Anne Hobbs loves living in Hout Bay. This is what she loves about living in the picturesque area.

Jane-Anne Hobbs creates tasty, family-friendly recipes that leap from the page of her book and blog, and she’s a social media guru working with well-known food brands. She tells us how Hout Bay has captured her heart.

“I’ve always loved Hout Bay, and visited the valley often in the ’80s, when we lived in Cape Town’s City Bowl. When my family moved back to the Cape in 2009, after 17 long years in Jozi, it was the obvious place to put down new and eager roots. The advert we saw in a property supplement was disheartening, with blurry black-and-white pictures revealing nothing about the splendour of a secluded mountainside setting. My husband viewed the property and was instantly smitten, so I was on the next plane. The minute I walked through the gate and saw the view and the deep, shady stoep, I knew I wanted to live in this house for the rest of our lives,” says Jane-Anne.

“We live in a breathtaking cradle of blue-green mountains, minutes from the ocean, and there’s enough farmland to make me feel as if I’m truly living in the countryside. There are vineyards and fields, forests and waterfalls, rivers and ravines, and an abundance of fauna: horses, peacocks, guinea fowl, owls, nightjars, snakes, tortoises, toads, spectacularly weird insects and magnificent marine mammals including seals, dolphins and the occasional whale. One weekend every year we take a pilgrimage up the mountain to see exquisite red disas blooming. There are rambles with the dogs on the mountain track above our house, long walks beachcombing, lazy sundowners on the stoep, and happy hours pottering around Hout Bay's excellent craft, charity and food markets.

“I don't know why anyone wouldn’t want to live in beautiful Hout Bay. Sure, this is an area that has its share of challenges (including heartbreaking inequalities and multiple problematic social issues), but many organisations and good-hearted individuals are working hard in a spirit of genuine goodwill to support and unite the people of Hout Bay. And it's that cohesive, positive community ethos that makes Hout Bay the place for me.”

Hout Bay is less than 30 minutes’ drive from the centre of Cape Town, but you are whisked into a different world the moment you swoop home along the coast road or meander back into the valley via Constantia Nek.

Social media guru, food writer and cookery consultant Jane-Anne Hobbs works for Liquorice, a leading Cape Town digital advertising agency, and in her spare time potters around the kitchen and garden. Her cookbook Scrumptious Food for Family and Friends was published by Random House Struik in 2012.

Eating Out Food Out and About Area Info

Things to do in Durban: Night flea markets
The rustic flea markets of yesteryear pale in comparison to the stylish set-ups that now dominate the market scene.
A taste of China in Gauteng
Experience authentic Chinese food at one of these oriental hotspots in Johannesburg.
Sunninghill suburb focus
People who call Sunninghill home love its strong sense of community, its security and beautiful surroundings.
Experience the French chic of Yumcious Café
Jenny Morris’s sparkly new cafe in the Cape Quarter promises down-to-earth flavours and airy elegance. 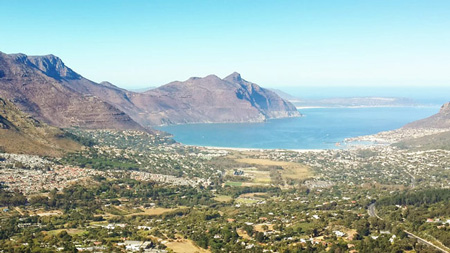 Commonly known as the “Republic of Hout Bay”, Hout Bay has the feeling of a faraway holiday beach town. It is, however, just a quick and beautiful 25 minute drive from Cape Town's city centre. Hout Bay is a community driven hub, with everyone working together for the greater good of the area, everyone feels like family. Located at the core of the Two Oceans Marathon and the Cape Argus, it is a sporty area with many cyclists and runners.
Browse the Advice Centre