What it's like to live in this peaceful beach town.

It has become synonymous with Plett Rage – the annual trek of thousands of matriculants from around the country to Plettenberg Bay – but to those who live here all year, it’s just their rustige town by the sea.

From the N2, this Garden Route town – the first in the Western Cape coming from the Eastern Cape – appears to be nothing more than a few hundred houses on the hill along the road. But there’s more to Plett than those houses, two garages, school and industrial spots visible from the national road.

Plett has, for instance, its own shopping centre – The Market Square. The main road into town snakes up towards the CBD where there’s a holiday vibe even when it’s mid-week and out-of-season – the smell of wood oven pizza filling the air. It quietens down in the evening, with just a few restaurants open.

Houses range from older homes to more modern ones along the cliffs of Central Beach, many with facades that allow residents to take in the view across the bay. Further away, housing estates, each with its own look, have also taken off.

With more than 300 days of sunshine a year and a temperate climate, the Plett tourism authority compares it to Monaco, calling it “an exquisite emerald on shores of the azure-blue Indian Ocean”.

And for those wanting to play their role in nature conservation, Plett has shown its commitment and made it easier for residents to do their bit by putting up recycling bins – brightly coloured and marked for different recyclable items – all over town.

It does have a more laid-back vibe. We have one traffic light in town and there’s more time. We are not rushing, we are not sitting in traffic, so naturally, there’s less stress

Take a trip through the Garden Route in this spectacular video:

Property and area guide to Musgrave
As time has progressed Musgrave has harmoniously combined the well-heeled with business owners and students.
Hermanus and Hemel-en-Aarde Valley area and property guide
The natural beauty of the Hemel-en-Aarde Valley and Hermanus has traditionally attracted holiday house investors but, its lifestyle estates are now also attracting young professionals.
Holidaymakers guide to Cape Town's Western Seaboard
Cape Town’s Western Seaboard is a mecca for water sports, birdlife and outdoor activities. 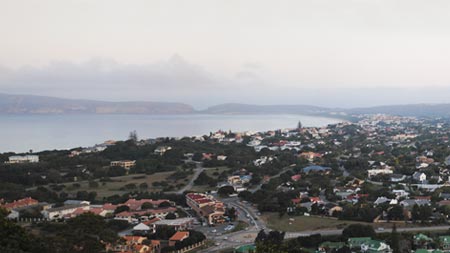 Plettenberg Bay offers a laid-back lifestyle, that gives you time to enjoy nature and the surrounding scenic views. Living in Plettenberg Bay means that you have the privilege of enjoying the lovely coffee shops and unique stores situated near the ocean. The area attracts a mix of young professionals, old couples and small families because of the holiday vibe, and wide range of activities that the Plettenberg area provides.
Browse the Advice Centre