Asian-fusion with a Mexican twist may seem like an unlikely food combination, but judging by the popularity of Sushi Burrito and Co, it’s one that works. Having opened in late May in Melrose Arch, Sushi Burrito and Co’s flagship dish is, as their name suggests, their sushi burrito. Essentially, this is an oversized urumaki (a sushi roll with rice on the outside) that’s eaten by hand, just like a burrito. It’s as fresh and light as you’d expect a sushi dish to be, but its generous size means it’s filling too. 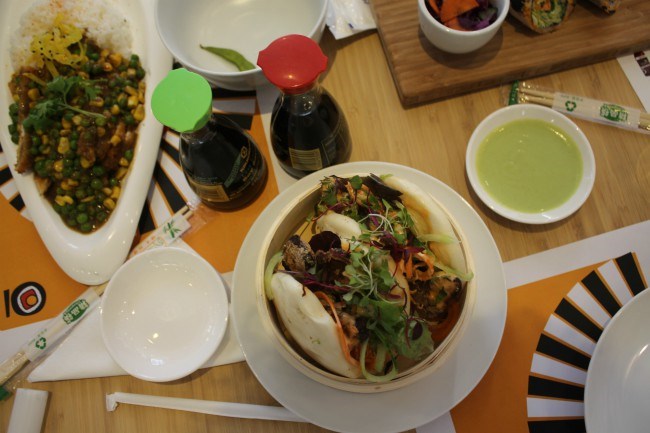 While their unique twist on sushi may be a talking point, it’s just one aspect of their varied menu. “We wanted to appeal to the tastes of all South Africans,” explains co-owner Manuel Adami. Starters include crabstick rolls, tempura, chicken skewers and a range of tostadas. For mains, there’s a delicious bao selection including teriyaki chicken, subuta pork, sukiyaki-style beef and duck. Then there are hearty rice and noodle bowls, as well as deliciously fresh poke bowls with fresh marinated tuna or salmon, served with kale, edamame, avocado and sesame seeds. To end the meal, they make three specialised sorbets – green and matcha tea, litchi and ginger, and chocolate cinnamon and chilli. “Our three sorbets represent the three regions our restaurant represents: Japan, Mexico and China/South Asia,” explains Jad Jarmakani, Adami’s partner and co-owner.

Both Jarmakani and Adami grew up in Nigeria, though Jad is originally Lebanese and Manuel Italian. The duo have known each other for over a decade, during which time they’ve had various restaurants and other businesses in West Africa and across the globe including London, Dubai and the US. Sushi Burrito and Co is their first South African venture. 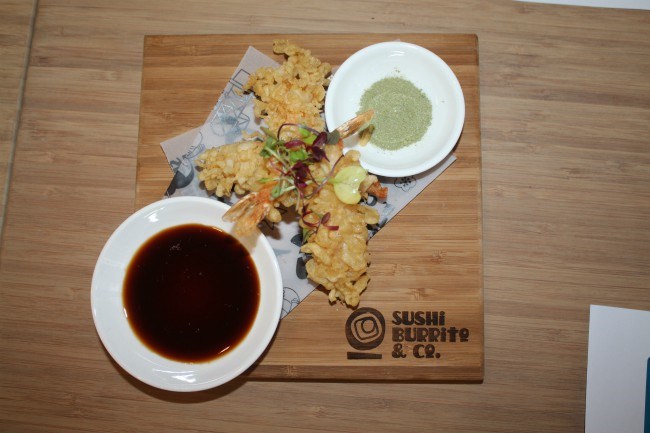 In keeping with his Italian heritage, Adami’s main key to success is sourcing quality ingredients – especially when it comes to sushi and seafood in general. It’s also about having the right expertise when it comes to making the food. This is apparent in the partners’ choice of their Japanese head chef, Miyamoto. With over 30 years’ experience, Miyamoto opened South Africa’s first sushi restaurant over three decades ago and later worked with Koi to develop their menu before working with them for over 10 years. 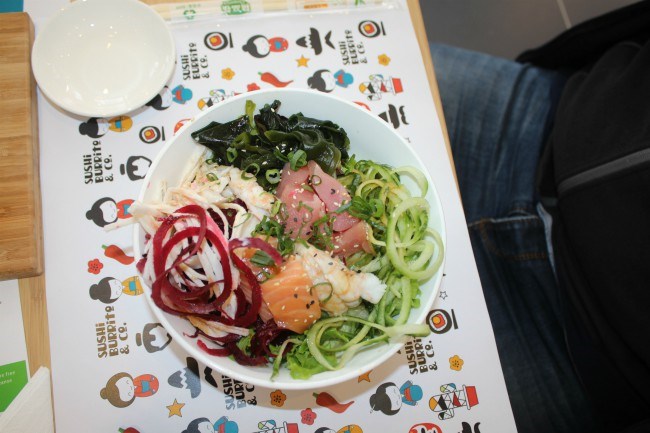 Sushi Burrito and Co’s decor is simple and uncluttered but vibrant and fun, thanks to the brightly coloured Japanese pop art wall murals that carry through on the menu and placemats. Because the food is geared towards sharing, it works well as a working lunch venue, an after-work drinks spot, or for a lively family dinner or night out with friends.

Find out more about the neighbourhood here:

Honeydew property and neighbourhood guide
This neighbourhood in the north of Johannesburg is sought after for its property and lifestyle. A local resident tells us what makes this Roodepoort suburb great.
Suburb focus on Mill Park in Port Elizabeth
The older, established suburb of Mill Park in PE offers character, charm and family friendly convenience.
Food meets art at Wishbone Café, Sandton
The Wishbone Cafe and Bistro Bar brings a stylish and modern dining experience to Sandton

Rosebank and Parktown
On trend and arty 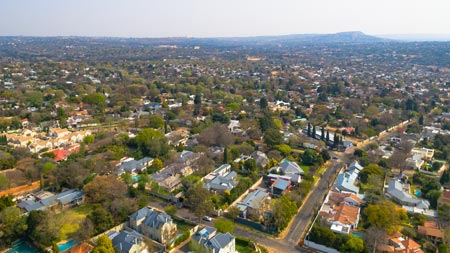 Rosebank is a multi-cultural, vibrant and exciting suburb of Johannesburg, with an outdoorsy atmosphere. It is a trendy suburb, business centre and tourist attraction in one of Johannesburg's up-market areas. Although Rosebank is home to many head offices, the district also provides plenty of entertainment to its residents and visitors at its variety of shopping malls, restaurants, markets, luxurious hotels, cinemas, art galleries and night clubs. Parktown is home to many businesses, hospitals, schools, churches and restaurants, whilst still maintaining quiet residential areas. Parktown is an old and established suburb, with leafy avenues and a serene atmosphere. Large mansions are a dominant feature in this exclusive suburb, and new developments are rare.
Browse the Advice Centre