First residential release in over 10 years at Fancourt

New phase of vacant stands has been launched at this award-winning estate on the Garden Route.

In Fancourt’s first residential release in over a decade, a new phase of vacant stands is being launched in this renowned Garden Route estate, which is set against a picturesque backdrop of the Outeniqua mountain range and conveniently located only 7km from George Airport.

Known as ‘Noem Noem’, the new phase comprises 45 vacant stands ranging in size from approximately 508sqm to 1135sqm, accessibly priced from R1.2 million. The orientation of the site is ideal, facing directly towards the mountains, providing optimal views, and easily accessed adjacent to the Links entrance to Fancourt.

The design style of homes in Noem Noem is inspired by the country living character of the estate’s Links Ridge and the ultra-modern style of Montagu Ridge. Slate tiles will pair with earthy colours, stone will contrast with expansive glass and hardwood decks will complement tiled verandas to create homes that invite the warmth of the sun and afford views of the spectacular surrounds.

Says Dr Andrew Golding, CE of the Pam Golding Property group: “This opportunity is good news for home buyers seeking to build their own dream home in this highly successful, world-class estate. An indication of its popularity is that nearly half the current home owners have owned their properties for 11 or more years.”

Originally launched in 1991 and situated on 613 hectares incorporating some 420 existing homes, in 1994 Fancourt was taken over by the Plattners, who have undertaken ongoing investment in the estate. In addition to three Gary Player-designed championship golf courses – The Links (ranked No 1 in South Africa in 2016 by Golf Digest SA), Montagu and Outeniqua, Fancourt includes a 5-Star boutique hotel, spa and leisure centre, several restaurants, business centre and a wide range of sports and recreational activities.

Stephen Murray, Pam Golding properties area manager for George, explains the rationale for the new phase: “This is an opportune time to launch Noem Noem, given the long period since any new opportunities were brought to market, and because this is a different product which caters for a niche market, while adding to the type of offering available at Fancourt. 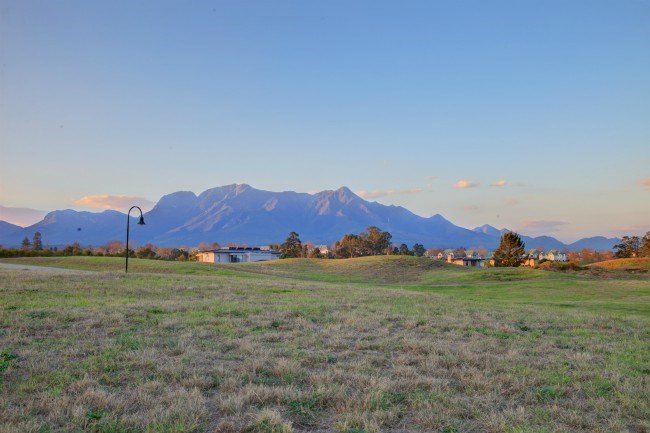 “All the vacant property in the Oaklands and Cape Dutch precincts in Fancourt has been sold out and although there is still some vacant erven available in the Links Ridge area and Montagu Ridge, these stands differ in size and position compared to Noem Noem. “I believe that the accessible pricing of the stands, taking into account the high desirability of the lifestyle and quality of amenities available in Fancourt, will see a favourable market response to this new offering, particularly as sales have increased this year, indicating higher demand,” he says.

The median price of freehold properties sold in Fancourt this year (2017) to August is R6.4 million, reflecting an increase of almost 35% in total over the past five years.

Murray says that the majority of home buyers in Fancourt acquire property for permanent residence, with many of them being golf enthusiasts. “With three highly rated golf courses, this is considered South Africa’s top estate for golfers, with the Ernie Els Invitational being played here in December. However, all buyers have one thing in common – they appreciate Fancourt for the sublime natural beauty of its surrounds, access to the amenities and security of the estate. The golf course itself also creates a tranquil sense of space. This is truly a magnificent setting.

“There are also a number of families who reside on the estate with children attending either McKinlay Reid International School on the estate or Glenwood House private school, only about 15 minutes away. In some families on the estate the major breadwinners commute on business to major centres.

“We envisage that buyers in Noem Noem will emanate from the Western Cape – including those relocating to a secure estate from various suburbs in George, as well as from Gauteng, with some interest from abroad among swallows who have been visiting Fancourt over the years.”

Construction of installation of services has already commenced on site, while buyers have one year in which to start construction of their brand new homes.

New Durban Monopoly highlights prime landmarks and locations
Durban’s rightful place on the ‘global map’ has been reaffirmed with the recent launch of the new Durban Monopoly board game.
Why the Gauteng property market should strengthen this year
Affordable homes and an increase in first-time buying is expected to boost the property market in the province this year.
Avoid potential pitfalls in a new-build home
New developments provide homeowners the opportunity to build their own homes, but there are some factors to be aware of first.

As a focal point of the Garden Route, this town boasts spectacular views of the Indian Ocean. It’s the idyllic holiday or retirement destination, located on a plateau between the Outeniqua Moutains. While quaint and seemingly quiet, George hosts many festivals and events for year-round entertainment. Experience a luxurious, peaceful life at its finest, surrounded by a majestic natural environment.
Browse the Advice Centre