The value of all the world’s real estate reached $326.5 trillion in 2020, a 5% increase on 2019 levels and a record high, according to a research report by global real estate services provider, Savills. Growth was driven by residential property, which is by far the largest real estate sector, accounting for 79% of all global real estate value, and which saw its value increase by 8% during 2020 to some $258.5 trillion.

Savills says that the world’s most significant store of wealth - real estate, is more valuable than all global equities and debt securities combined and almost four times that of global GDP. The value of all gold ever mined pales by comparison at $12.1 trillion, at just 4% the value of global property. 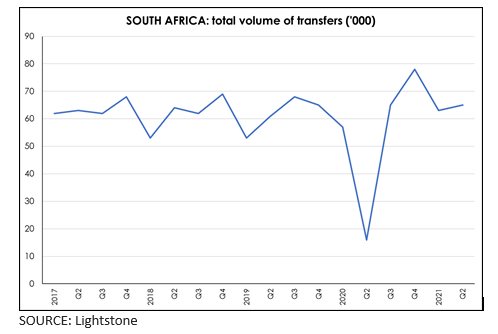 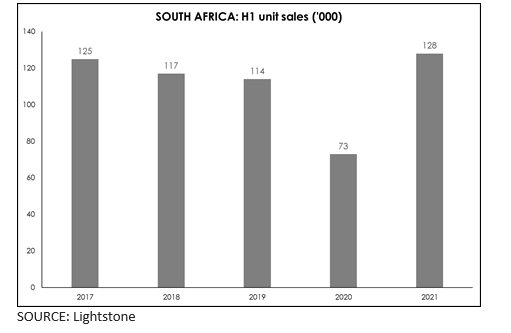 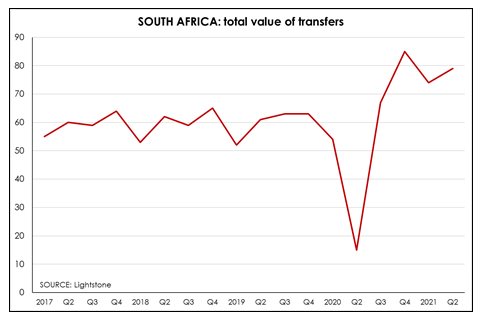 Adds Dr Golding: “The total value of home sales across the market in South Africa showed a far stronger surge after the hard lockdown was eased last year, soaring to R85 billion in the final quarter of 2020, peaking at the same time as unit sales. While the total value of sales has softened somewhat during 2021 to date, it remains elevated compared to the levels of the previous five years – unlike the number of units, which are now back to a similar level as recorded during the previous five years. This suggests that the average value of the homes sold during the first half of 2021 was higher than during the course of last year – a view echoed by FNB research.” 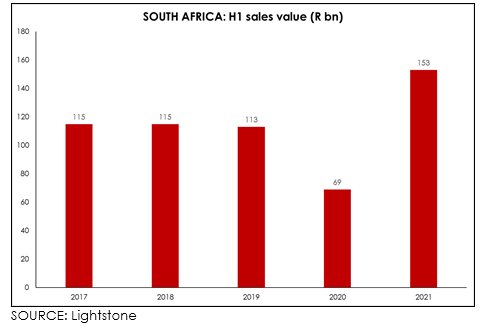 Notably, says Dr Golding, during the first half of 2021 all three property types registered the highest level of sales over the past five years, with a particularly large increase in the value of freehold homes sold compared to previous years. (See chart below). 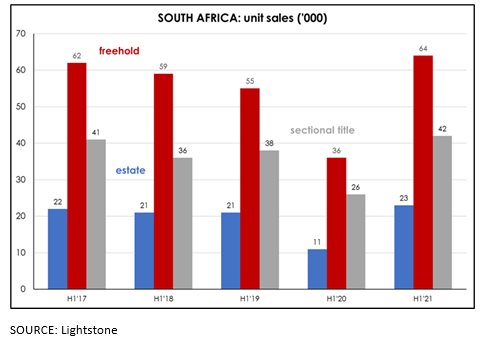 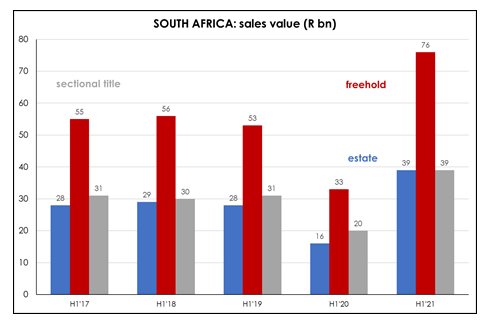 “The first wave of demand from first-time buyers followed the initial relaxation of lockdown restrictions which saw young adults take advantage of the lower interest rates to purchase homes in the lower price-bands – notably in the R750 000-R1.5 million price range.

“The second surge, which FNB estimates began in the first quarter of 2021, has largely been driven by older, more affluent repeat buyers. FNB notes that the 14.5% rise in the size of the average mortgage loan processed by the bank in the 18 months to July suggests wealthier South Africans are trading up to more expensive homes. This shift to older, repeat buyers is also reflected in the decline in applications for 100% loans.”