Levels of activity in the South African residential building and construction sector seem to be recovering from a protracted period of decline in 2008 and 2009. According to data released by Statistics South Africa, the number of building plans approved for new housing was still lower in the first seven months of the year compared with the same period a year ago, but was on a rising trend over the past three months. The volume of new housing units constructed continued to contract, but at a slower pace. The real value of plans approved for new residential buildings was down by only 0,8% year-on-year (y/y) in January to July this year, to R10,28 billion from R10,36 billion in the same period last year. The real value in respect of new residential buildings constructed was 20,5% y/y lower at R8,4 billion in the first seven months of the year from R10,57 billion in the corresponding period of 2009. These real values are calculated at constant 2005 prices. The volume of building plans approved for new houses, flats and townhouses increased by 22,8% y/y in July after a small decline in June and growth of 33,4% y/y recorded in May this year. Although the number of plans approved for these categories of new housing was still down during the first seven months compared with the same period last year, the trends over the past few months are encouraging, as these developments will positively impact the construction phase at a later stage. With regard to the construction phase of new housing, activity continued to contract on a year-on-year basis up to July this year, but at a slowing pace. The volume of new housing units reported as completed was down by 19,4% y/y in July, whereas a few months ago in January, a contraction of as much as 52,6% y/y was recorded. With the construction of new housing lagging the planning phase, the improvement in conditions regarding the volume of plans approved will be reflected in the construction phase towards the end of the year and into 2011. Conditions in the residential building and construction sector appear to be improving, and expectations are for the levels of activity to show some further improvement in the rest of the year and into next year. 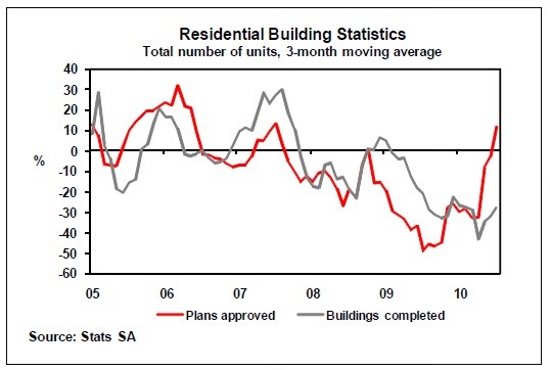 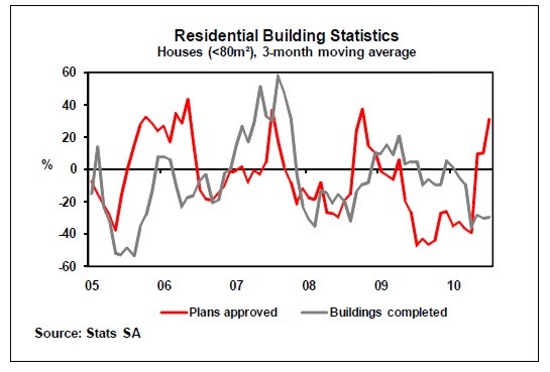 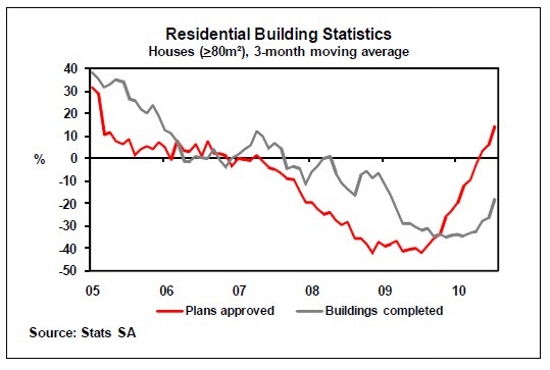 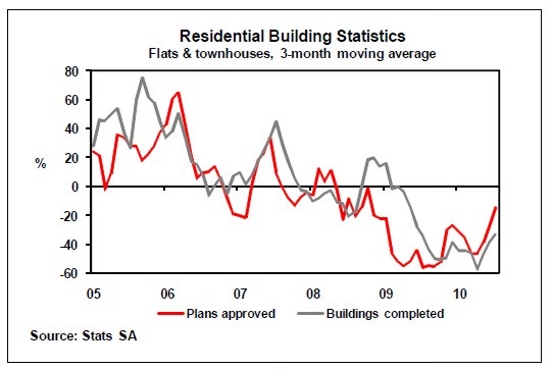