Life is full of challenging moments. We breathe in deeply when partners behave badly in the traffic and raise the say-no-more eyebrow at the chap who invites your galpal out to dinner and then allows her to pick up the bill. We’ve all been there, exchanged looks, words unnecessary, and got on with things. But there does come a cut-off point.

And when the galpal’s misogynist landlord made his reappearance, we knew we’d reached one of those. Lord Awful was back for more. Short and angry. “Rise above it”, we tell our children and our friends, but when you are already standing above it, when natural pecking order is clear for all to see, and yet you have a small man hammering away, it’s almost irresistible not to take him to task.

Especially when he hasn’t fixed the toilet for weeks and suggests you use a bucket.

Yup, there are things that any galpal could tolerate during the lease of a property, but this wasn’t one of them. And so our search for her rights continued. 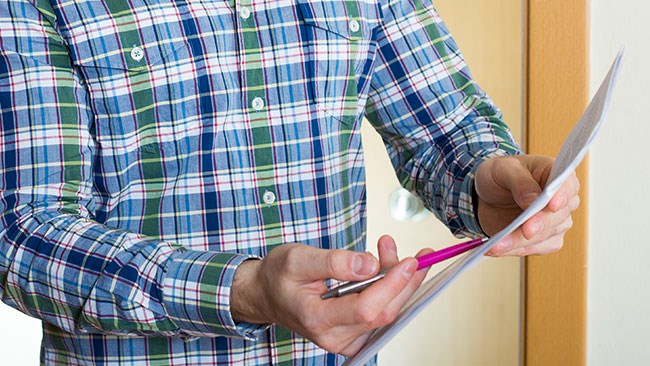 The point in question was the snag list. Most leases provide a tenant with an opportunity to compile a snag list within a certain number of days of occupying the property. Whether or not a lease provides one, it’s vital that a tenant attends to this. Not only does a wise a tenant provide one, but he or she should sign it, get the landlord to sign it and attach it to the lease agreement. It’s also advisable to be very particular about this task, and mention every single fault, no matter how insignificant it may seem.

As galpal found out, a slip in her admin, not bothering to mention hairline cracks on the bathroom tiles, led to Lord Awful threatening to get her to pay for them later down the line.

The snag list, we realised, is best made – if possible – before moving into the property. Empty rooms are easier to deal with. Wherever possible add photographic evidence too – a quick phone pic with a date can be a future godsend.

And just as it’s vital to create a snag list, it’s also important to notify a landlord about any problems that arise, establish a time frame in which repairs should to be attended to, and agree on a course of action regarding those repairs.

While galpal’s lease agreement stipulated that she had a limited time period in which to advise Lord Awful of any issues (rightfully so, as a stitch in time often saves nine) it said nothing about how long he could take to address these, or what recourse she could take when faced with yet another long weekend with no hot water.

A little thought before signing her contract could have helped, and although the milk was now spilt, we noted it for next time.

Looking for a new tenant?

Advertise your property to rent FOR FREE quickly and easily on our website.

Renters guide: How to deal with the deposit
The ins and outs of how a rental deposit should be handled.
Protecting your rental deposit
Important advice from the professionals, for tenants, on the ins and outs of how to protect and get back your deposit.
How to be a good roommate
Many people will live under the same roof with other people who are not their family members at one or another stage of their life.
Browse the Advice Centre