Property has partial business rights, and is closely situated to all Pretoria's prominent tertiary institutions. It also has 24-hour security and is serviced with borehole water.

The property comprises of converted 100 year old horse stables, plus a contemporary addition - both which elicited publicity in 27 national and international academic journals, popular magazines and books, including American, Chinese, German, Hungarian and Russian publications. The property was additionally featured on 6 TV channels, including American programs Extraordinary Homes in 2000 and Extreme Homes in 2013.

The property is regarded as one of the best architectural achievements in the country and considered a national treasure. The property requires a purchaser respectful of its historic value and cultural significance in lieu of the more conventional.

The original house on the larger site, an eclectic villa built shortly before the Anglo-Boer War, is a well-preserved example of its type. On the west edge are the Stables - a balloon structure of timber and corrugated iron, a worthy example of late nineteenth century industrial building technology. The architect built a new studio while creating an enticing small house, carefully recycling the century-old stables and safeguarding an example of a once universal building type of which few remain.

The stables, serving as staff quarters and storage in recent years, were tastefully refurbished to accommodate open-plan living and sleeping in the hayloft. Due to its compact size, the confines of the envelope were imploded to create a series of vistas and courtyards. Access is defined by a water tower, spawning an ordering system of colliding geometries that informed all new interventions and determined the layout of the garden. New alcoves, walls, doors, stairs and even reticulation are individually expressed (or colour-coded) to accentuate their independence from the original and to reinforce the flow of space.

The same premises are explored in the Studio, though spatially organised by a circular kitchenette and bathroom. Similarly, tectonic elements - whether service core, stairs, reticulation, skylights or roofs - are distinguished from its balloon frame container. As a contemporary commentary on the original, the Studio has a butterfly roof inverting the pitch roof of the Stables. The inverted roof accentuates its structural independence fro walls through slanted steel columns (held in check by cables) amplifying the differing means of support and construction. The corrugated iron skins are also clearly expressed by explicit joints, displaying the screws and washers holding them in place on the structure. Glazing is treated as panels, avoiding prominent frames which would have obscured the lucid structure-and-infill aesthetic common to both buildings.

The Studio appears taller than the Stables and more angular in profile, despite its floor area, detailing and materials being the same. Though to the fore of the site and more conspicuous, the Studio does not dominate and is a foil to the Stables.

Even the corrugated iron water tank on its undisguised steel stand facing the street is in sympathy with the old and new. The garden layout of narrow paved walks is understated and formal, reminiscent of early suburban gardens with their neat flower beds and brick borders. The refreshingly unfortified exteriors, coupled with their personalized interiors, underpin a brave and cerebral design that has withstood the test of time, rightfully earning its place as a treasured Pretoria landmark.

Could this home be the one? Let us get you the best deal on your bond.

With the lowest interest rate in over 50 years, there's never been a better Time to Bond.

We apply with up to 8 banks; you compare their offers and choose the best one for you!

Pretoria Old East is known as Jacaranda City because of the thousands of lilac bloomed trees that line the streets. It’s one of the city's oldest suburbs, with lovely established trees and gardens. With the university nearby, the atmosphere is young and full of energy and excitement. Students, art lovers and trendsetters can be found socialising by day and by night. 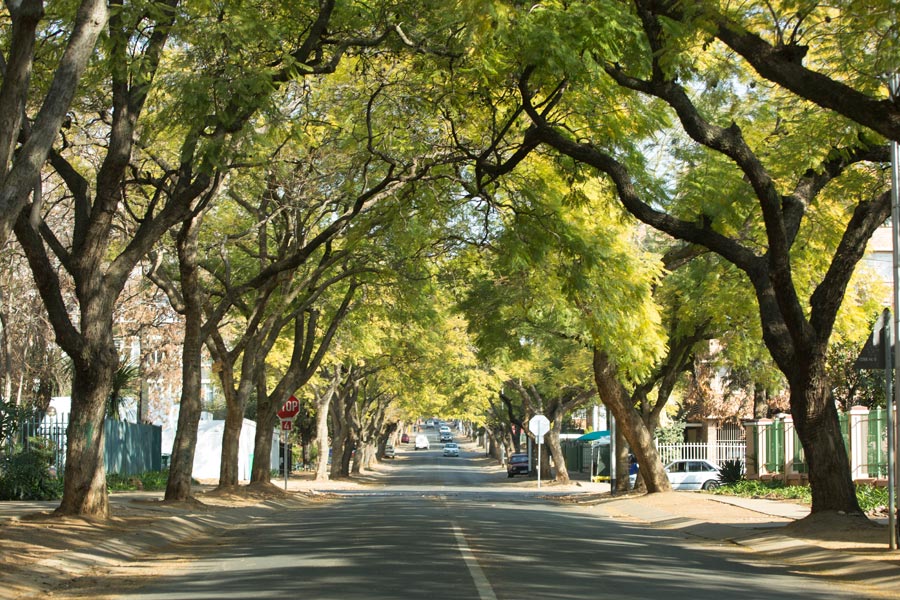 Find out more about Pretoria Central and Old East

Similar Property for Sale in Clydesdale

Could this home be the one?
Let us get you the best deal on your bond.

With the lowest interest rate in over 50 years, there's never been a better Time to Bond.

We apply with up to 8 banks; you compare their offers and choose the best one for you!