The development of areas surrounding Umhlanga has completely changed the landscape and offers residents a wide variety of lifestyle options.

Development of Somerset Park, set on the outskirts of Umhlanga and Durban North, first started in the late 1990s. What were once fields of sugarcane has been transformed into an upmarket suburb.

Developed by Tongaat-Hulett Developments, the suburb has a strict building design. According to Lightstone statistic, Somerset Park has a healthy mix of sectional title and freehold properties and the average prices paid for a home in this area is R2,3m and R3,278m respectively. Judging from the stats, buyers who invest in a home in this area are in it for the long term, with 42% of residents having lived in the suburb for 11 years or longer. Overall, 36% of the residents and 42% of recent buyers, are aged between 36 and 49 years.

Sales have been somewhat consistent over the years, although there was a dip last year when only 24 sectional title units changed hands, a drop from the 41 sales of the year before.

Izinga is situated close to Umhlanga’s commercial centre and features a mix of sectional title and freehold homes. Set in an idyllic location, it’s easy to see what has drawn buyers to the area, and drawn them it has – a total of 54 freehold properties and 33 sectional title units were sold last year for an average price of R6,754m and R5m respectively.

The Ilala Ridge Estate is a mixed development that’s set between upper La Lucia and Umhlanga and it offers some of the best views on the coast. Located only five minutes from Gateway Theatre of Shopping and the La Lucia Mall, property sells for a premium in this area. The majority of the homes fall under the sectional title banner and the average price paid for the 28 units sold last year was R2,2m. A single freehold property was sold for R13m.

Umdloti to Westbrook
Luxury by the Sea 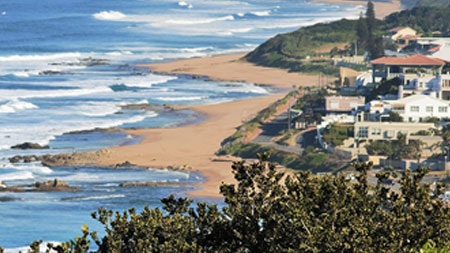 Umdloti is a small resort town, with two commercial centres, a post office and several restaurants. Umdloti is famous for dolphins and whale watching. The area is occupied by a handful of residents and the balance are holiday homes. This neighbourhood offers a safe, secure lifestyle as people walk along the beach road to restaurants and back home at night. La Mercy boasts exclusive homes with an abundance of luxury, while Westbrook attracts the young and successful.
Umhlanga
Upmarket Convenience 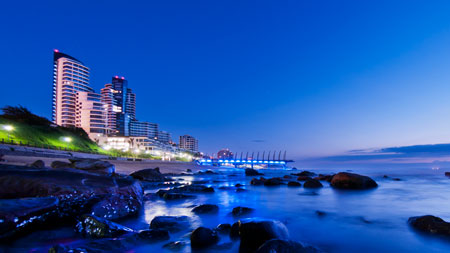