The suburb of Northcliff provides one of the best views of Joburg, but it is much more than just a pretty face.

Ask any Northcliff resident what stands out for them most about their suburb and they’ll say the view. As one of Joburg’s most recognisable landmarks, Northcliff Hill gives you 360º views of the city below and on a clear day you can see as far as the Magaliesberg.

With its spacious homes lining steeply winding streets surrounded by tall trees and natural bush, Northcliff feels far removed from the hustle of Joburg, even though you’re right in the thick of the city. For these and other reasons, here is why Northcliff residents are such fans of the area.

Northcliff Hill, a.k.a Aasvoëlkop after the vultures that once inhabited the area, still has indigenous vegetation that has remained largely unchanged despite Joburg’s rapid urban sprawl. For residents like Eliza Nolte, the flora and fauna are one of the best things about living here. Even better, you can appreciate much of the same in your own backyard. “Lots of people still have indigenous gardens,” says another resident, Angela Isbister, “and you can hear the francolin and the guinea fowl calling in the morning and the owls hooting at night.” 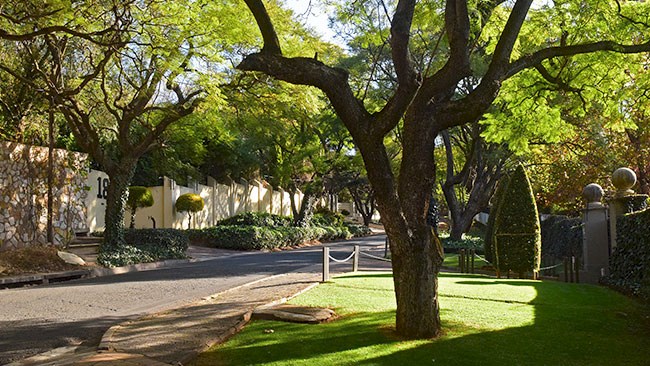 One of Northcliff’s strongest draw cards is how spacious properties are relative to their price. They offer excellent value for money when compared with other affluent Joburg suburbs. “Northcliff is full massive homes with huge gardens and great views,” says Angela, “and they’re nowhere near Westcliff prices.”

While Northcliff has its fair share of modern mansions, there are also plenty of older, well-looked after houses that give the neighbourhood great character. You will also find a mix of houses, clusters and townhouses that appeal to different space and budget requirements.

Northcliff is conveniently close to the N1, making it fairly straightforward to get to the city or Sandton. Beyers Naudé Drive will take you out of the city within 10 minutes and put you on your way to the Cradle, Hartbeespoort or the Magaliesberg. Major shopping centres such as Cresta and Clearwater Mall are close by, as are smaller neighbourhood strips such as the Verdi Centre, Home Living Design Centre and Heathway Square.

A sense of community

“The suburb has a great sense of community, which gives it a very traditional, family-friendly feel,” says Eliza. Nearby are several schools, tennis courts, gyms and golf courses, so it’s great for young families looking for activities nearby. It is also popular with walkers, runners and cyclists who use the Northcliff Hill as a scenic and effective exercise tool.

Established in 1987, Lucio’s Pizzeria, a homely family-run restaurant, is a Northcliff institution. Next door, Olivia’s Bakery serves fresh bread, pastries and coffee and, from 7am, a popular breakfast. But no discussion on Northcliff restaurants would be complete without mentioning Thundergun, the old-school steakhouse that has been open since 1968 and is renowned for its Sunday roasts.

According to Angela, Impala Fruiterers on Beyers Naudé Drive “sells the best fruit and veg this side of the equator”. You can also pick up health foods such as wheatgrass, home-made soups and freshly squeezed juice.

Northcliff’s hills and lush vegetation might have you thinking you’re in Cape Town rather than in the heart of Johannesburg, but the dramatic sunrises and sunsets are unmistakably Highveld. Along with its spacious, value-for-money properties, Northcliff is fast becoming an attractive investment for those in search of a real family home.

Properties for sale in Northcliff comprise 1% of total sales listings in Gauteng. They receive:

out of all other properties in the province

Explore the tranquil village of Bathurst
A real sense of community binds the residents of this town that is just a few minutes’ drive from Port Alfred.
Green Point are and property guide
With the beach and city close by, a thriving café culture and a village feel, it’s hardly surprising that this Atlantic Seaboard neighbourhood is perennially popular.
Nicolway Turning Neads
Despite only being open for less than three months, the much anticipated Nicolway shopping centre in Bryanston is already a firm favourite with the suburb’s well-heeled residents. Located at the corner of William Nicol Drive ... 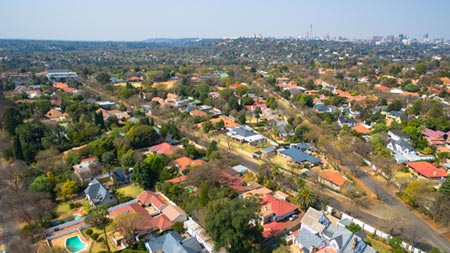 Northcliff is one of the older, more established areas in Johannesburg. It is highly sought-after by those looking for a tranquil and exclusive lifestyle. The properties on Northcliff Hill have large grounds with well established park-like gardens. Newer developments in the extensions to the West cater to the younger generation with a taste for modern architecture. There is a distinct lack of industry and commercial blocks. For those who seek the sparkle of entertainment or the outdoors, it is less than half an hour from top spots like the Lion Park, the Cradle of Humankind and the buzz and dazzle of Monte Casino and Silverstar Casino.
Browse the Advice Centre