There were 7500 property transactions worth R8bn in the Pretoria East property market last year. This outranks Sandton in both number of properties sold and total value generated.

Move over Sandton, Pretoria East is now where it is at for high net-worth buyers and investors. Where the Sandton market topped R6.4bn last year, Pretoria East boasts turnover of R8bn and some 7500 property transactions.

Gerhard van der Linde, MD for Seeff Pretoria East says that the area ranks amongst the busiest markets in Gauteng and currently outranks Sandton in terms of the number of properties sold and total value generated. Both areas boast a very similar average selling price of just over R2 million per unit sold for the last year.

While each of the suburbs of the area is unique in terms of property and prices, the area is home to the most sought-after and prestigious address for high net-worth buyers and investors who are prepared to pay ever higher prices for a luxury homestead and prices are increasingly breaching the R20m price barrier.

The city’s most expensive suburbs are all here and include Waterkloof Ridge, Waterkloof, Sterrewag, Brooklyn and Lynnwood. Additionally, there is a high concentration of exclusive security estates that rank amongst the most sought-after in the country such as Mooikloof Equestrian, Woodhill Golf Estate, Mooikloof Heights, Waterkloof Golf Estate, Silverlakes Golf Estate and The Hills.

Loftus Versfeld, home to the Blue Bulls rugby team and Sundowns Football Club is another landmark of the area.

Regardless of the challenges, Van der Linde says that the metro remains an important government and ambassadorial hub for the country and will remain a sought-after property market. It is the main seat of government with the Union Buildings and some 133 embassies and high commissions in the area.

Commercial and retail developments such as the Menlyn Mega Mall and Menlyn Maine has brought a new level of luxury to the area, giving residents access to top class facilities. The area is also on an excellent transport grid with main arterials that feed into the city’s main business areas, but also to Midrand and Johannesburg as well as the Airport and East Rand.

According to Private Property data, the area has seen consistent price appreciation over the last few years with the average price for a three bedroomed house now standing at around R2.2m and the average rental at around R16 500/month.

Although the busiest price range is below the R3m-R5m price mark, up to a third of all sales now in the R5m-R10m price band. While only a handful of sales has topped the R20m mark, Van der Linde expects this upper level to shift once the economy improves.

PG van der Linde, Rentals Manager for Seeff Pretoria East says that the rising status among wealthy buyers and tenants means that it now attracts top end rental rates, comparable to those being achieved in Sandton. The highest rentals achieved currently are in Woodhill Golf Estate, Mooikloof Equestrian Estate and Waterkloof with rates paid of up to R47 500, R50 000 and R69 500 per month, but rentals can now range to R80 000 for a top end luxury home. Escalation rates are currently around 6.5% while landlords are achieving yield of around 7% on average, but there are always variations depending on the area and property.

Super luxury homes in the area most certainly pack a punch in terms of the exceptional value that you get and Van der Linde says that although the market is shifting with more stock coming onto the market, Seeff is still seeing good activity. In a climate where location is king, Pretoria East will always be a top choice for buyers from a broad spectrum of sources.

These are the fastest selling suburbs in Gauteng
Property group Seeff has revealed the areas where property spends the least time on the market before being sold.
Stands selling fast in Simola Estate
Demand for property in Simola Estate in Knysna, has seen prices rising rapidly on this eco-estate.
Commercial property booming in Cape Town’s CBD
Business is booming in the city and key commercial, business and retail nodes are experiencing strong activity 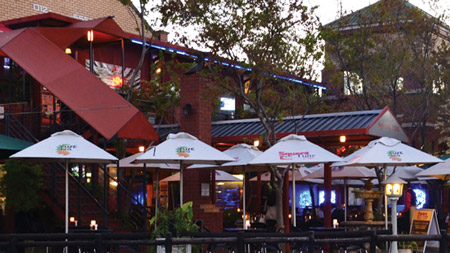