Where is the most affordable housing in South Africa 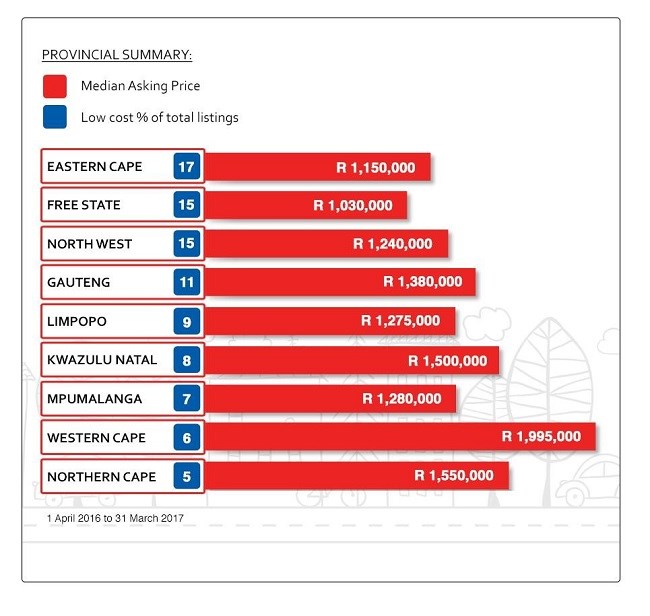 For the year evaluated, the gathered data shows that the Eastern Cape ranked at the top for having the highest percentage of affordable housing. While the median asking price for all listings in the Eastern Cape was R1,150,000, in the more affordable suburbs of Mdantsane, Motherwell, Bethelsdorp and Algoa Park low income earners could expect to pay an average of R365,000, R377,500, R415,000 and R578,750 respectively for housing.

Comparing Low Cost Listings by Property Type
Many of South Africa’s low and middle income earners only have the option of settling for apartments or houses in affordable urban areas, as prices for townhouses are becoming less affordable for this income group. The data taken from Private Property shows that almost 50% of low cost listings were in the form of apartments, and 55% had two bedrooms, as the graphs below show. 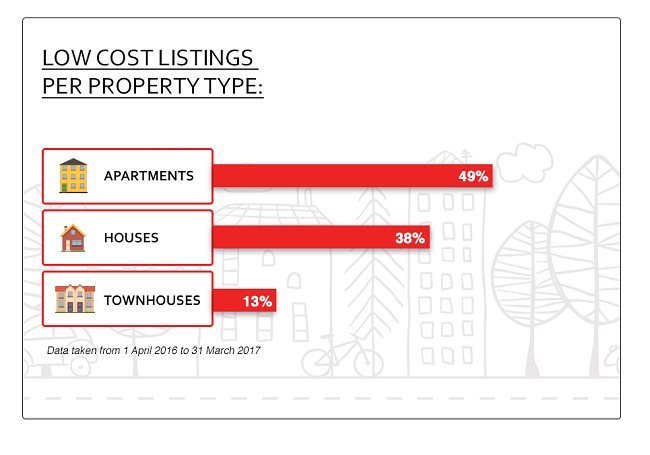 Distribution of property types under R600 000 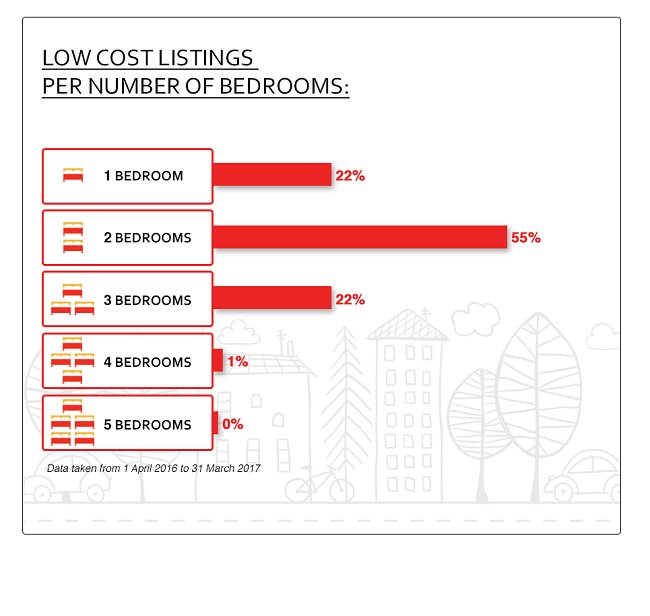 Distribution of property under R600 000 by number of bedrooms

The table below shows the top 50 areas in South Africa where most of the housing stock is below R600 000. 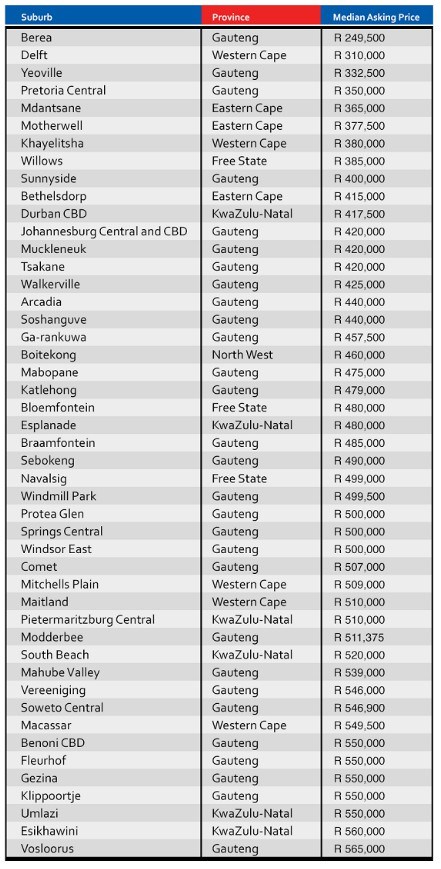 Proptech Start-Up Raises Rental Management Stakes
The number of South African renters is predicted to rise, which highlights the importance of proptech in rental management.
The most expensive suburbs In Durban
Our list of most expensive suburbs is dominated by areas north of the city and inland, revealing that wealthy buyers are moving away from the city in search of their ideal lifestyle.
What you will pay for property in Sandton's most popular suburbs
Interested in moving to the ultimate work, live, play area in the country? This is what you will pay for property in and around Sandton.
Browse the Advice Centre