One of Dolf’s great mentors is Buckminster Fuller, who was an extremely creative person and a serial overachiever. As an American philosopher, systems theorist, architect, engineer, author, designer, inventor and futurist, he had a pervasive influence on the world, creating a host of inventions, patents, books, critical paths and inspired initiatives to change the world into a better place. Dolf's other mentors include legendary personal development specialists Dennis Waitley, Jim Rohn and Zig Ziglar.

Dolf is an avid reader and believes that readers are really leaders. He believes in the mantra, “He who does not read has no advantage over he who cannot read.” Dolf has read literally hundreds of real estate books, as well as many biographies and books about world economics. Reading widely has given him great insights and he attributes much of what he has achieved to what he has read. He singles out “The Sovereign Individual” by Lord Rees-Mogg and James Davidson as an example of a book that made a massive impact on him.

What has been your most significant property deal?

Dolf bought a 650 square feet cottage in Queenstown, New Zealand for $20 000 in 1980. When he read the newspaper ad, he thought it was a typo, as houses were worth many times more at the time. He phoned and discovered that the owner owed the bank a great deal of money and had absconded to England. Dolf offered $20 000 dollars and immediately started earning $160 dollars a week, making a 33% net return from day one. Of course, the chances of getting a deal like this are slim, but in this case, Dolf was rewarded for taking action, and not assuming that the asking price was indeed a typo.

Dolf’s passion isexploring the world and he has been to well over 100 countries – many multiple times. He loves immersing himself in new languages and cultures, and also enjoys snow skiing, tennis and hiking.

What is your life motto?

Dolf lives by his motto: “It is not who is right, but what is right” and he believes that you do right through your actions. He also lives by: “Charms strike the sight but merit wins the soul”. He believes words are empty and he seeks out people who can deliver collectively. He says he has dealt with many people who sell you the world, but merely deliver an atlas.

Dolf de Roos is synonymous with the real estate investment industry and is well-known to South Africans thanks to his South African property seminars and investment tours, as well as his fifteen bestselling books, his property education programmes, property acquisition and management software, and his mentoring programmes, which have impacted the lives of thousands of people around the world, including many South Africans. Worldwide, and in South Africa, many so-called property gurus tried to replicate his model - many of them not even investors themselves, but merely salesmen making money off property sales and related services.

Dolf has taught his strategies in more than 26 countries. He has shared the stage with the likes of Jim Rohn, Brian Tracy, Robert Kiyosaki and Mark Victor Hansen and has taught wealth creation at Tony Robbins’ Wealth Mastery. He was on the faculty of Trump University for four years, and has been a Professor of Real Estate at UNT, the University of North Texas.

Dolf began investing as an undergraduate student while studying for a Ph.D in electrical and electronic engineering at the University of Canterbury in New Zealand. 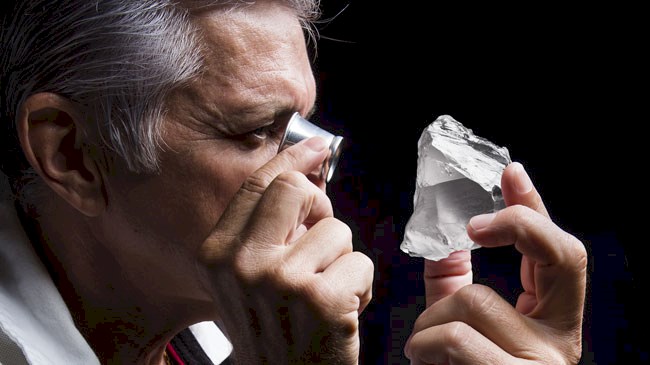 What separates him from the other international so-called gurus is that he walks the talk - he has always been an active investor building his portfolio. Born in New Zealand and raised in Australia and Europe, Dolf is now based in Phoenix, Arizona, in the US, which he believes is the best area in the world to invest in real estate. However, he does not only invest in his country of residence but also internationally. He owns multiple categories of real estate in both the commercial and residential sectors.

His book Real Estate Riches was a New York Times and Wall Street Journal bestseller and formed part of the successful Rich Dad Poor Dad series. He regularly conducts seminars, investment tours and education events throughout the world, including in the US, Australia, New Zealand, Europe, Middle East, Asia and South Africa. Dolf is due to back in South Africa soon to present seminars and REIM caught up with Dolf to get an update on where real estate is today and whether it is still a good investment.

Dolf has been investing in real estate for decades and he shows people from all walks of life how to find great deals and make great profits in real estate. His proven tactics, quick and easy tips and investment prowess can turn even the novice investor into a pro.

Dolf’s claim to fame is that he has never had a "real" job in his life, because the real estate he invested in pays him far better. Few people can truly affirm that their wealth is built on real estate and, as such, Dolf inspires entrepreneurs with his psychology of wealth.

Dolf is mainly associated with investing in residential property, because this is the field most people are interested in and want to learn about. However, his personal interest and the majority of his own real estate investments are in commercial property. He believes that his book about investing in commercial property is best book that he has written. The secret of commercial property investment, he says, is to know how to convert an ordinary building into an extraordinary income generator. This is done increasing the rental income (for instance by filling vacant space or changing the use of a building), thereby increasing the building’s value multiple times. Dolf says you can’t do that with residential property. He has always bought property with a twist, including fish and chip shops, dairies, vineyards, veterinary surgeries, convenience stores, barber shops, strip malls, light industrial facilities, car paint facilities, funeral parlours and selective office and storage facilities. But, warns Dolf, you must know how to acquire an empty building and to fill it with tenants.

Dolf believes that doing nothing is more risky than doing something. The global financial crisis has brought about massive opportunities in the US, particularly in Phoenix, Arizona, and in Las Vegas, Nevada, which boast higher population growth and capital growth than the national average and are the best performing property markets in the US. These markets have attracted massive interest and investment from Brazil, China, Canada, Australia and New Zealand, because the properties have very low price points.

Many Australians have come to the US to implement fix-and-flip strategies, buying low and selling in about four or five months to spin quick cash. Some investors made instant profits of $20 000 to $40 000, using the strategy to build cash flow, as they have no capital reserves. Of course, they faced a different problem when they had to fork out tax on the capital gain. Dolf still swears by the buy-and-hold strategy, noting that it is a lot harder to flip in the current market as prices are rising by, for example, 10% per month in Phoenix.

Property prices plummeted in both Las Vegas and Phoenix as a result of the global financial crisis, and very little new housing stock has come onto the market because replacement costs are high. With a growing population, more people are living together including newly married couples who continue to live with their parents. This is in part due to foreclosures and poor credit records, but when the economy turns, many of these people will want their own homes and demand will soar.

Dolf names Phoenix and Las Vegas as the top two performing cities for last 45 years. He says that single-family homes are the best bet over the long term because the hold value and are easier to manage, compared to communal living properties where multiple tenants can create disharmony. However, Dolf advises investors to look for properties with a twist or that offer the potential to add value, for example, properties with big bathrooms or space to build a garage. Small details make a big difference, so Dolf suggests investing a little in the less costly improvements that make a better first impression, such as a fresh coat of paint or a new front door.

Dolf always invests where there is good population growth. He also saves by going green. For example, he has just converted a commercial building from general incandescent and fluorescent lighting to low-energy high-tech lighting at a cost of $7 000, but thanks to a $6 200 subsidy the net cost amounted to only $800, with annual saving of $1 000 a year. By using, for example, paint that reflects 98% of heat radiation to reduce energy consumption by 30% and many other energy efficiency methods, investors can offer tenants massive value over the long term.

Dolf advises South Africans to buy at least one offshore property in the US now, saying that the low price points that currently exist will never be repeated in this lifetime. Single family homes are available at the lowest prices ever seen.

Dolf notes that the Las Vegas jackpots are not in the casinos but in the suburbs! Vegas offers a low cost of living, low taxes, a warm climate, and great food and entertainment. As a result, as the economy picks up, new residents will once again pour in from around the country.

Dolf's life philosophy is simple, but powerful: “Life is what you make it, the only meaning in life is the meaning we give things.”

CHOOSING THE RIGHT PATH
"Most of us know these lines from one of Robert Frost's famous poems: 'Two roads diverged in a wood, and I, I took the one less traveled by, and that has made all the difference.' Creating wealth is undoubtedly the road less ...
P3 Moneywize internet course in wealth creation
Are you interested in wealth creation? Well, no matter who you are, you qualify to receive a free online course in wealth creation through Property Investment. This e-course is designed to educate and fascinate you with the facts ...
THE 20 MILE RULE
Economists that analyse property are a negative bunch at the moment spurting enough doom to make you choke on your Christmas cake. If you choose to see the cup half empty it probably will be, but more than ever we need to take a ...
Get on the Property Investment Track
You’ve decided to become a property investor. There will be many choices to make along the way. Do you want to invest in residential or commercial property, or both? What categories flats, houses or townhouses? Are you going ...
Browse the Advice Centre