A word of advice on home insurance

There are many facets to owning a property, one of which is insurance. There are two ‘sets’ of insurance homeowners need to consider, specifically, building insurance and home contents insurance. 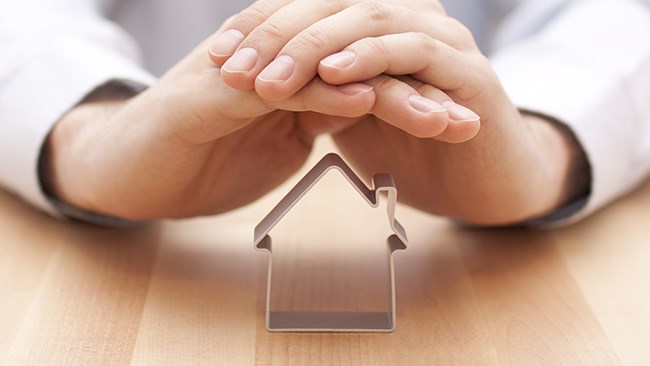 A comprehensive building insurance policy protects your home from the risk of structural damage such as fire damage, storm damage, and damage stemming from a burst geyser. Typically, this type of policy is mandatory if you have a home loan.

Unfortunately, according to insurance experts, many homeowners take building insurance for granted and fail to update the policy so that the home is insured for replacement value at current costs.

While insuring the house for its market value may seem like the right thing to do, homeowners need to keep in mind that replacement costs will differ according to elements such as finishes, design, and the location of the property. As such, it’s important to ensure that your property is adequately covered. This can be achieved with the help of an independent property valuation expert who will take into account all the variables relating to the property.

For example, if a portion of roof caves in following years of neglect, you cannot claim for this. However, if the roof is damaged in a ‘definable event’ such as a storm, you should be able to claim. The same applies to issues such as damp. Damp by nature takes time to take hold and falls squarely under the banner of maintenance. Again, however, if a sudden leak was caused by a storm, you could claim for the repairs. In line with this, it’s important to notify your insurer immediately following an event otherwise your claim could be denied if left for too long.

In terms of home contents insurance, this applies to all the possessions in your home such as furniture and appliances. As per such policies, these items will typically be insured against theft, loss, damage, and other perils such as fire or flooding. Generally speaking, fixed items such as carpets and taps aren’t covered by home contents insurance.

Again, when calculating the amount you think you need to insure for home contents insurance, make sure you are using replacement values and not market values as this could result in a shortfall. Simply put, don’t assume that if you have a policy in place you will be fully covered. If the items you claim for are deemed to be worth more than what you insured for at the time of a claim, your insurer will only pay a part of the claim, less the excess.

Similarly, it’s important to remove items from your list which have depreciated. Items such as cell phones and laptops in particular tend to lose value as time goes on so keep this in mind when listing your items. There’s not much point in spending good insurance money on old gadgets.

Load shedding in the context of insurance?

Paul Goodall, manager of Reinsurance at Lion of Africa Insurance says consumers need to take all reasonable steps to mitigate losses as insurance policies may not cover damage caused by load shedding.

He explains that the exclusion of losses due to load shedding is part of the standard wording of most short-term insurance policies, which states that the policy “excludes any loss or damage which results from the deliberate withholding of power”.

Given the above, Goodall advises consumers to establish whether or not and to what extent their insurance company will cover damage or loss resulting from power surges. In most cases, if policies cover such events, he says insurance companies will accept responsibility provided that policyholders have taken all reasonable steps to mitigate the risks. The installation of surge protection equipment is an example of such a measure.

Lastly, in order to ensure you are adequately covered, experts advise reviewing policies every six months thereby offsetting the risk of under or over insurance. After all, the responsibility of making sure your house and contents are properly covered ultimately lies with you.

Protect your home inside and out: Click here for a quick home insurance quote

House fires – 14 must read safety tips
The importance of insurance, and ensuring that your home is equipped with well-maintained and regularly tested fire protection equipment.
Time to claim? Here's how to claim
So you dinged the car or your cell phone fell in the bath. Time to put your 1st for Women policy to work and submit a claim.
How to manage insurance and security
Don’t cancel insurance or security until the new occupants move in. Why should this be so?
Simple ways to prepare against unexpected geyser bursts
An unexpected geyser burst could ruin your budget unless you are prepared. How can this be done?
Browse the Advice Centre