The team heads to Boksburg to help home owner, Viv renovate and sell her house that she and her husband built 39 years ago.

Her husband has since passed and with her two children living overseas the time has arrived for Viv to scale down and move to a smaller home.

The house’s interior is outdated and needs serious work to modernise it in order to make it appealing to potential buyers. The kitchen is large and spacious but is dark and not well laid out. The living room is dark, cluttered and has an old-fashioned face brick feature wall.

Viv asks building specialist Kevin to do something about the face brick wall and make the home lighter and brighter. Kevin promises to plaster the wall and paint it in a neutral colour to lighten up the room. Downlights will also help to brighten up the room. With work underway interior designer, Lara checks in to discuss her vision for the interior design with Viv. She also asks carpenter Callie to build a wall unit for the television room and hang pendant lights on both sides of the unit in order to modernise and add light to the room. Day two arrives and property agents Lynne and Juanita from RE/MAX pop in to have Viv sign documents and inspect the work. They hate the feature wall that has by now been covered with ceiling boards and painted yellow. Kevin tries to assure the agents that it is a modern technique that will look great once completed but the agents are not convinced. Lara is certain that the will love it once it is completed.

Henck discovers that the kitchen cupboards have been varnished and not painted. Callie tells Henck that he will fix the problem. Henck is worried that the paint will not dry in time for the show house which will be problematic to the potential buyers.

Henck is also worried about the yellow feature wall that nobody seems to like. He decides to paint it in a neutral colour and delegates the job to the Lynne and Juanita.

Lara does not like the newly painted feature wall in the living room and is furious that Henck has interfered with her artistic vision.

Viv feels that the neutral colour on the wall might work better for the purpose of selling the property. In addition, the team has repainted the entire room, installed cornices, put in down lights and repainted the brown pine ceiling white to further brighten up the room. 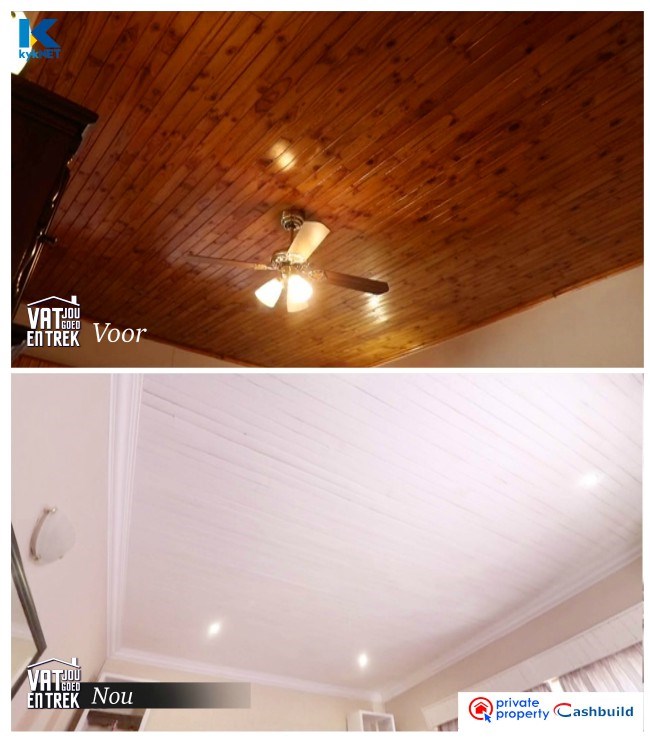 In the kitchen, they continued with the theme of the white ceilings by also painting the pine ceiling white. They painted the wood cupboards beige and installed new kitchen counter tops. They rearranged the table and other pieces of furniture in the kitchen to create an open plan area. The stove was also moved to add more functionality to the overall layout of the kitchen. 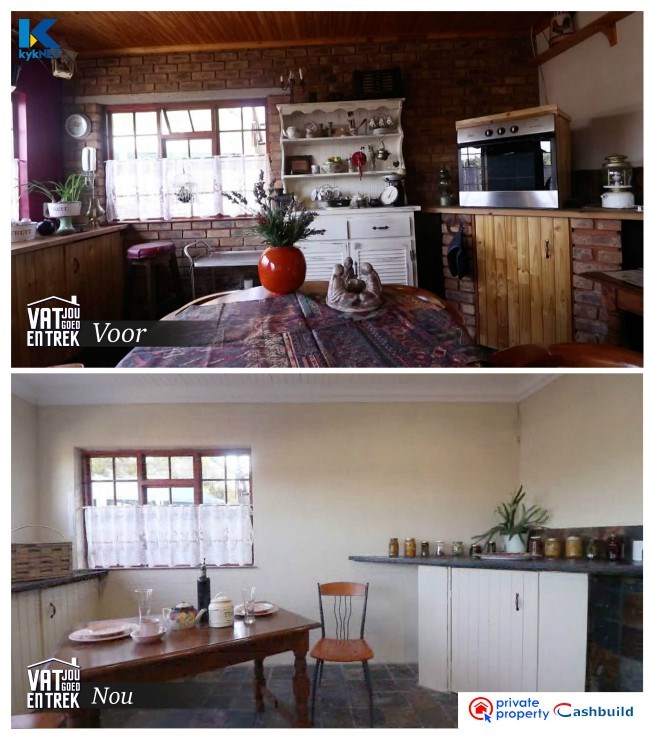 Lynne and Juanita shows Viv the reaction of potential viewers from the show house and an offer seems imminent.

After an exciting three days, the team congratulates each other on another successful renovation. 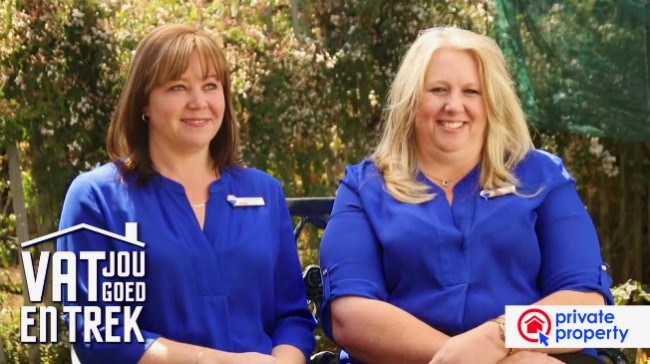 Enter the competition and win

Private Property is running a Vat Jou Goed en Trek competition for the duration of the series, where one lucky entrant will have the chance to win a R50 000 Cashbuild voucher.

Episode 3 - Downsizing in retirement
This episode of Vat Jou Goed en Trek sees the team visit a retired couple that wants to sell up and move to a retirement village.
Episode 7 – Converting a home for a blind couple
Inspired by a social media post that showed a waitress reading to a blind patron, the team undertake to convert a home that a couple want to use as a centre for the blind.
Episode 11 – Small improvements, big results
The challenge for the team this week is to show how small changes can make a big difference when selling an apartment.
Episode 8 - Finishing what they started
An Alberton family shock the Vat Jou Goed en Trek team by leaving the entire renovation in their hands while they go off on holiday. Will they be pleased with the results?
Browse the Advice Centre